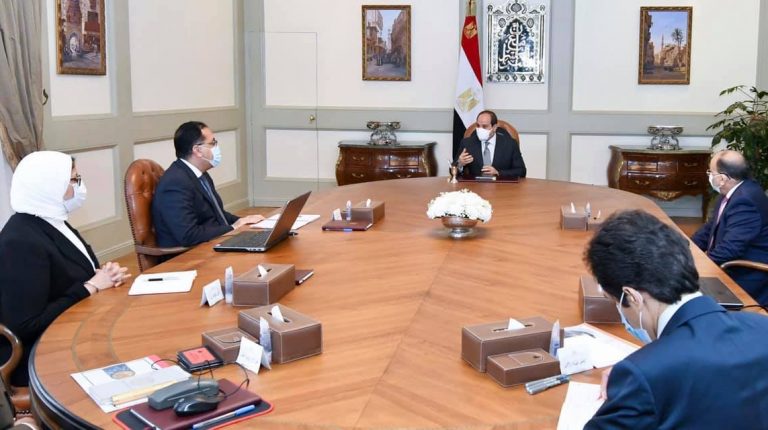 Egypt’s President Abdel Fattah Al-Sisi ordered, on Sunday, the government to increase the number of cars available for medical convoys and mobile clinics under the “Decent Life” initiative.

Presidency Spokesperson Bassam Rady said that the meeting dealt with following up on the development in villages nationwide as part of the initiative.

The President directed for revisions to be made to the databases related to the Decent Life initiative for the Development of the Egyptian Countryside Villages. This will be completed to allow the state apparatuses to enhance their efforts and further implement the programme.

Al-Sisi also directed for a doubling in the number of medical caravans, mobile clinics and ambulances for citizens in the villages of the Egyptian countryside. This would come in addition to developing all health units in the targeted centres, establishing new hospitals, and providing them with modern medical devices.

He was also briefed on the efforts of the local government sector in this context, which aims to establish a unified model for government services for citizens in villages.

Medical teams will visit villages and offer medical assistance and surgery to those who need it. People with physical disabilities will be provided with prosthetic devices, wheelchairs and crutches.

He stressed the need for establishing industrial projects and craft complexes across the country, offering loans for small projects, and launching integrated programmes for family planning.

This would come in addition to providing support for women’s health, and literacy. The President noted that there will be periodic follow-ups on the situation of all these projects, in a way that contributes to the acceleration of implementation.

In the first phase of the Decent Life initiative, the government allocated about EGP 4bn for development projects in a total of 143 rural communities during fiscal year (FY) 2019/20. An additional 232 localities were included in the FY 2020/21 plan, with financial allocations amounting to EGP 9.59bn.

In July 2019, President Al-Sisi launched the Decent Life initiative in collaboration with the Ministry of Social Solidarity.

It was launched in accordance with Al-Sisi’s directives, with the aim of improving public services for residents of rural communities most in need, and supporting the most vulnerable groups.

The initiative aims to provide assistance to 32 million people living in underprivileged villages across Egypt.