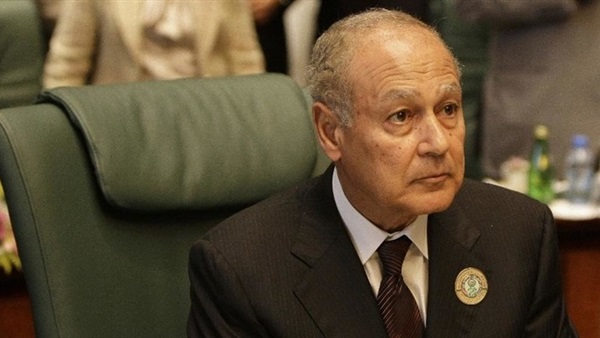 Secretary-General of the Arab league Ahmed Aboul Gheit met with Jan Kubiš, the United Nations (UN) Special Envoy for Libya, on Monday, to discuss the latest developments in Libya.

During the meeting, the two sides also discussed ways to push forward the path of political settlement to reach an integrated solution.

According to a statement issued by the Arab league, Aboul Gheit affirmed the organisation’s full commitment to supporting the Libyans. This is particularly in every effort aimed at reaching an integrated and purely national settlement of the Libyan crisis.

Aboul Gheit emphasised the league’s support for the efforts made to complete the entitlements of the preliminary stage. This was especially through the early installation of the new executive authority, and the implementation of the rest of the steps stipulated in the Road Map for the country.

This map was adopted by the Libyan Political Dialogue Forum (LPDF), leading to the stage of holding presidential and legislative elections that Libyans have agreed to hold next December.

Aboul Gheit stressed that all these efforts cannot be crowned with success unless there is a conducive and incubating security environment for them.

This requires initiating the implementation of all arrangements of the ceasefire agreement on the ground, and removing all foreign forces and mercenaries from all Libyan lands. It would also address the threat that militias and armed groups pose to the transition process that the Libyan state is currently going through.

He also renewed the Arab League’s support for the role the UN representative plays, and his keenness to maximise the joint and complementary work between the League and the UN. This would give a boost to the settlement efforts on the political, security, and economic tracks.

For his part, Kubiš expressed his appreciation for the role that the Arab League plays in support of efforts to settle the Libyan crisis, especially at this important and delicate stage in the transition process in the country.

Kubiš stressed the importance of the international community’s support for Libya in reaching the goal of organising and holding the elections as scheduled at the end of this year.

He also confirmed his commitment to strengthening the existing cooperation between the Arab League and the UN. This aims to push all efforts in the context of the two organisations’ original commitment to preserving the sovereignty and territorial integrity of the Libyan state.

He expressed his hope that Libya would restore its security and stability, ending the state of division among its people, away from all forms of foreign military intervention in the country.