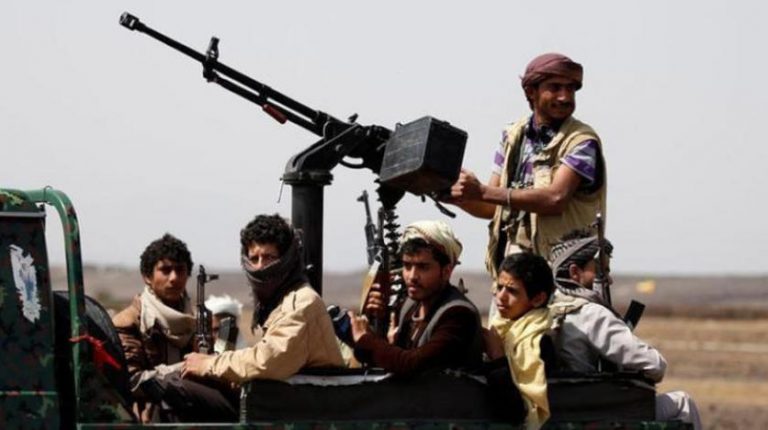 Egypt has strongly condemned the continued attacks on Saudi territories, as well as the country’s vital institutions and energy facilities, carried out by the Iran-backed Houthi movement in Yemen.

In a statement on Sunday evening, Egypt’s Ministry of Foreign Affairs said that the Houthi attacks on the Saudi energy facilities threaten the energy supplies in the kingdom and the entire region.

On Sunday, the Houthis announced that they had carried out a large military operation in the Saudi depth.

A spokesperson for the movement, Yahya Saree, said on Twitter, “An important statement for the armed forces in the coming hours to announce a large military operation in the Saudi depth.”

Egypt extended its support for the Saudi measures to protect its national security, and reiterated its strong condemnation of such “despicable terrorist attacks” against the kingdom.

On Sunday, the Saudi-led coalition announced that its air forces had intercepted a Houthi missile aimed at Riyadh that had been launched from Yemen on Saturday.

Two weeks ago, Saree stressed that carrying out such operations against the coalition is a “natural and legitimate right” of the movement. He pointed out that the group’s forces announce any operation they carry out “with pride, honour and glory”.

Since then, Saudi Arabia announced the formation of the Coalition for Supporting Legitimacy in Yemen, which includes the UAE, Jordan, Bahrain, Pakistan, Djibouti, Sudan, Senegal, Kuwait, and Egypt.