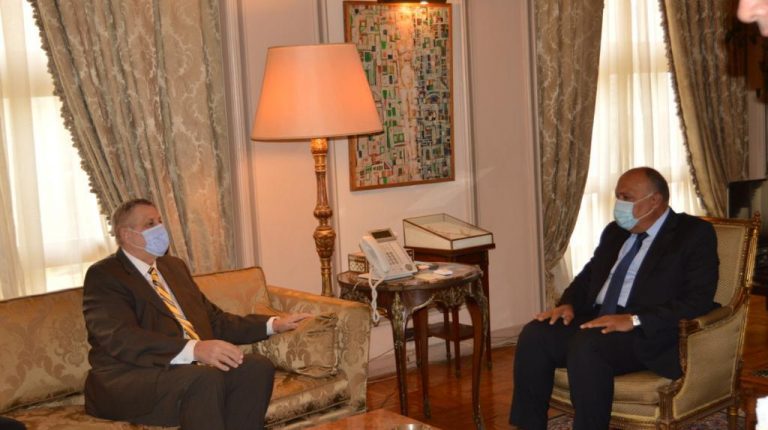 Egypt’s Minister of Foreign Affairs Sameh Shoukry and his Greek counterpart Nikos Dendias met, on Monday, to discuss ways of developing cooperation between the two countries.

During the meeting, which was part of the regular talks between the two sides, both ministers also addressed regional issues of mutual interest.

A statement issued by Ahmed Hafez, spokesperson for Egypt’s Ministry of Foreign Affairs, said the two ministers stressed the strength of bilateral relations. He also highlighted the bonds of friendship that bring the two countries together at all levels.

Shoukry noted Egypt’s interest in facilitating the flow of Greek investments to the country, and overcoming any obstacles that may face its companies in Egypt.

Hafez added that the meeting also addressed a number of regional issues, where Shoukry and Dendias welcomed the political consultation between the two countries to coordinate positions on all developments in the region.

The Egyptian minister also said that he looked forward to the rapid launch of cooperation between the two countries in the field of energy.