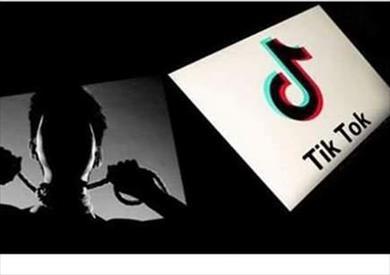 Every so often, a new challenge or game invades social media platforms, causing danger and claiming the lives of many teenagers in the process.

The “Blackout Challenge” game, or what is known as the “blue scarf” challenge, is the latest of such challenges, having become widespread among teenagers through social network site Tik Tok. The game has allegedly killed an 18-year-old boy in Egypt, sparking widespread controversy.

Although no official figures or statistics have been released linking an increase in deaths with participating in these types of challenges, there is an alarming and suggested link between the two.

These challenges and games, most commonly found online on sites popular among younger internet users, give children a sense of thrill without realising the dire consequences.

The “blue scarf” challenge, found on Tik Tok, is described as giving a chance for those who suffer from depression to live a different experience. After registering, the player is asked to turn off the lights of the room, and to stream a live video while choking themselves until they lose consciousness.

The game claims they will feel a different experience. It is said that some have completed the challenge and lived to tell the tale, while others have, unfortunately, died. The “blue scarf” game has previously caused the death of a 10-year-old child in Italy, causing the authorities in the country to block the Tik Tok.

In the first parliamentary move of its kind, members of Egypt’s House of Representatives have submitted a request to block the game on Tik Tok. They have also called on the concerned state bodies to stand firm amid the spread of such dangerous games.

It added that “there are some games and applications, which went beyond tampering with beliefs and destroying values and ethics, but rather extended to destroying souls and calling for death”.

Al-Azhar’s statement goes on to say that this challenge is contrary to religion and instinct, despite it not necessarily leading to death. It also said that the game may affect the brain, leading to a loss of consciousness and damage.

Even Tik Tok appears to superficially appreciate the seriousness of the challenge, as people searching in English on the site for the “blue scarf” challenge will find the following message appearing, “This word may be related to content that violates the rules of use. Our priority is to protect our users.”

However, the site has not removed the challenge. Meanwhile, users searching for the challenge in Arabic will find videos of young men wrapping their necks with a blue scarf.

While parents may restrict their children’s access to the app store as a step to prevent them from participating in such deadly challenges, this may not be sufficient to protect the child. Experts assert that peer pressure is one of the main reasons for these challenges spreading, and pushing the child to go through with them.

Al-Azhar called upon parents as well as education and media entities to explain the danger and harm of such games to youngsters. It also provided some advice that helps parents protect their children from the danger of these games and applications.

One of the most important ways to protect children is to continuously monitor their online activities and phones, and not leave them alone for a long time.

Al-Azhar also advised parents to encourage their children to go into sports or other hobbies during their spare time. The centre called on religious, informational, and educational institutions to cooperate on raising awareness of the dangers of blind imitation among children.

It is worth noting that Egypt witnessed a similar crisis two years ago, due to the spread of the “blue whale” game that pushed teenagers and children to suicide.