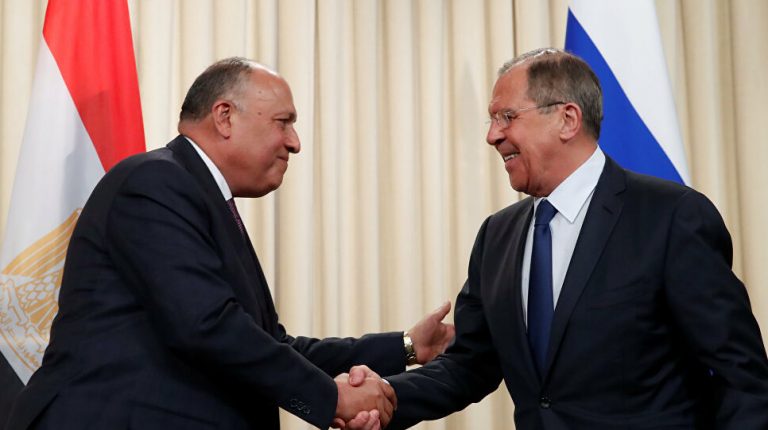 Egypt’s Minister of Foreign Affairs Sameh Shoukry held a telephone meeting with his Russian counterpart Sergei Lavrov, on Tuesday, to discuss ways of strengthening and boosting bilateral relations between the two countries.

During the telephone meeting, the two ministers also discussed developments in the region, according to a statement by Ahmed Hafez, spokesperson for Egypt’s Ministry of Foreign Affairs.

Hafez said that the two ministers praised the outstanding level of bilateral relations between Egypt and Russia, as well as an increase in the pace of coordination and joint consultation.

He also said that the two ministers reviewed all bilateral files and ways to strengthen them in various fields in the interests of the two countries.