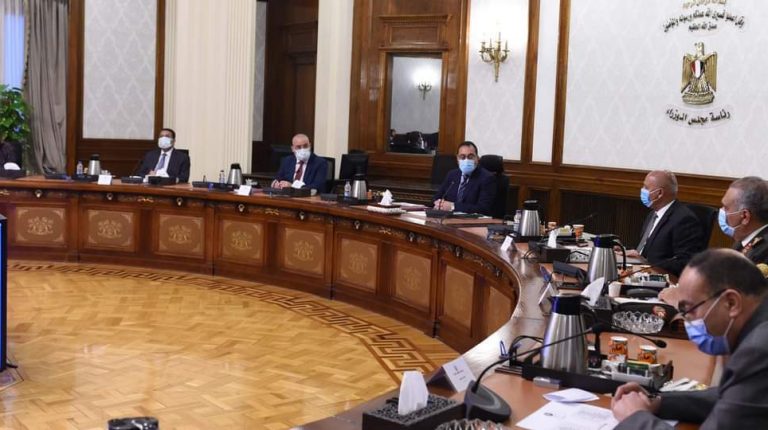 Egypt’s Prime Minister Mostafa Madbouly has announced that the transfer of government institutions to the New Administrative Capital (NAC) will start by next August.

Madbouly’s remarks came during his meeting with a number of ministers to review the implementation of projects at the major national development, according to a statement by the Cabinet on Tuesday.

He noted that the meeting aims to discuss the government’s transition plan, as well as the inauguration of the NAC by the end of this year.

Minister of Housing, Utilities and Urban Communities Assem El Gazzar reviewed the executive position of housing projects at the NAC, including the residential R3 and R5 neighbourhoods, the central business district, the Green River, and utility projects.

El Gazzar said that the main water lines have been connected to the government district, along with all facilities needed by the ministries, including water, sewage, and rain drainage networks. All ministries have also been connected with electricity services.

Meanwhile, Minister of Transport Kamel El-Wazir presented the executive position of the most prominent transport projects that will serve the transferral plan to the NAC.

The Ministry has implemented 79% of the electrified train projects that will connect the cities of Salam and the 10th of Ramadan, passing through the NAC, with a total of 16 stations.

Ehab El-Far, Head of the Armed Forces Engineering Authority, reviewed the executive position of the government district in the New Administrative Capital. The district includes 10 ministerial complexes, with a total of 34 ministerial buildings to accommodate about 51,500 employees, in addition to the cabinet and the Parliament buildings.

The meeting also reviewed the proposed scenarios for the NAC’s inauguration, with Madbouly affirming that President Abdel Fattah Al-Sisi had directed to prepare the opening ceremony at the highest level of organisation.

He noted that the ceremony will reflect the greatness of this project, and represent the huge achievement made by Egyptians.