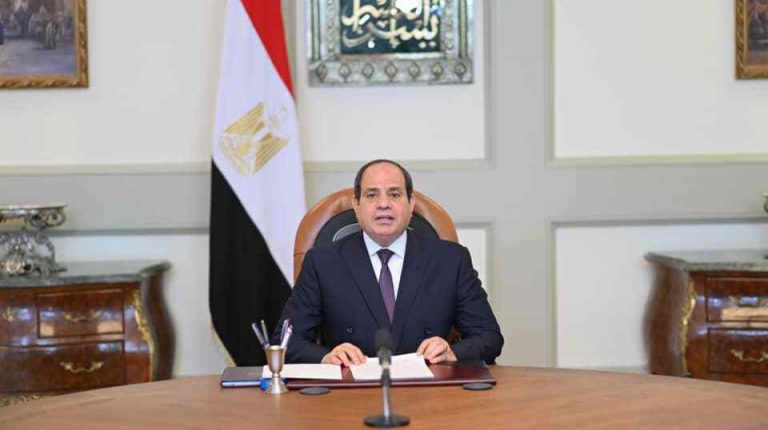 Speaking on the President’s behalf, Shoukry addressed the summit, which took place to discuss issues of climate change and the Western Sahara region.

President Al-Sisi’s speech emphasised that Africa is one of the most negatively affected by the effects of climate change, despite being one of the least carbon-emitting continents.

This requires concerted regional and international efforts to address it, taking into account the adverse effects of climate change on the sustainability of peace and security in Africa.

He emphasised the need for those countries that fall in river basins to cooperate for the rational and sustainable management of these rivers’ resources. This would take place in accordance with the rules of international law and principles of goodwill and neighbourhood.

The Egyptian President also stressed the need to move away from the policy of imposing a fait accompli, and the method of domination over shared water resources. Such actions have an impact on peace and security, and pose a direct threat to the capabilities of entire peoples, he noted.

El-Sisi also referred to the effects of climate change on the ability of the continent’s countries to provide and secure the water needs of their people.

The speech also touched on the challenges that the novel coronavirus (COVID-19) pandemic has placed on the continent, which led to a slowdown in economic growth rates. It has also eroded some of the development gains achieved, in a manner that has ensured African countries are less able to face the negative effects of climate change.

On the other hand, he pointed out the importance of adherence to UN Security Council resolutions related to the Western Sahara issue. This would support efforts to reach an agreed political settlement in accordance with UN resolutions and endeavours.

In this domain, he pointed to the Troika mechanism on the Western Sahara issue, established by a decision from the Nouakchott summit in 2018.

Al-Sisi highlighted the need for continued calm on the ground to preserve regional stability, and stressed that Egypt spares no effort to help in various ways to support efforts related to the Sahara issue.