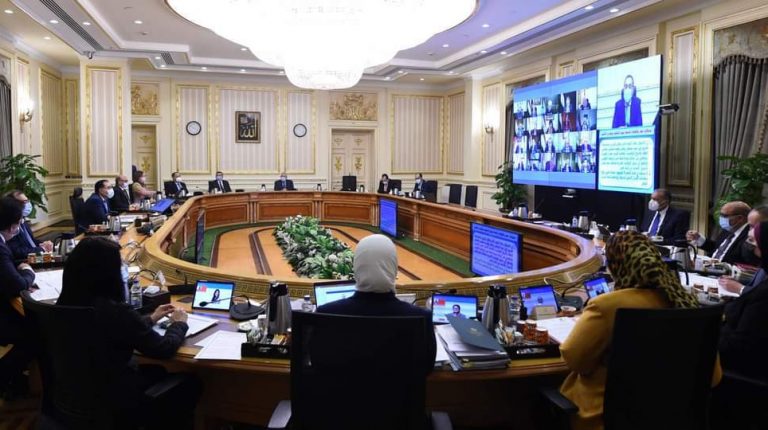 Egypt’s Prime Minister Mostafa Madbouly directed, on Wednesday, for vaccines against the novel coronavirus (COVID-19) to be provided to medical teams in the country’s private sector.

Madbouly’s remarks came at Wednesday’s cabinet meeting, in which the Minister of Health and Population Hala Zayed reviewed the latest global report on the death rates from COVID-19.

The report indicates that 2.2 million of the 2.5 million COVID-19-related deaths were in countries where obesity rates exceeded half of their population.

In a different context, Zayed said that Egypt had adopted strict precautionary measures against COVID-19 for the ISSF World Cup Shotgun, explaining that all the participants are taking COVID-19 tests every three days.

The Cabinet has also approved the proposed incentive programme for government employees who will be transferred to the New Administrative Capital (NAC). The government will also provide housing units in Badr city for employees moving to the NAC, with the units to be provided in two phases, including 9,024 units in the first phase.

The meeting also reviewed the executive position of work in the employee housing project in Badr City, where about 95% of the work on the project’s first phase has been finished.

Meanwhile, Minister of Planning and Economic Development Hala El-Said reviewed the Egyptian economy’s performance indicators during the first half (H1) of the current fiscal year (FY) 2020/21.

The minister added that expectations indicate that the growth rate will continue to rise during Q3 and Q4 of FY 2020/21, reaching about 2.8% and 5.3%, respectively.

El-Said added that many economic activities have achieved positive growth rates during the current fiscal year, such as transport, storage, agriculture, health, and education.

She noted that the recent global economic recession due to the COVID-19 pandemic led to a decline in international trade, accompanied by travel restrictions applied in more than 100 countries. These have negatively affected the industrial, export, and tourism sectors alike.

The minister pointed out that despite the challenges imposed by the pandemic, which resulted in a decline in global trade movement by 9%, the application of flexible incentives related to marketing policies and passing prices at the Suez Canal had attracted new customers.

Moreover, Madbouly lauded the Egyptian Government’s performance, which has contributed to achieving positive growth rates, low unemployment and inflation rates, under conditions that are the most severe in the world.