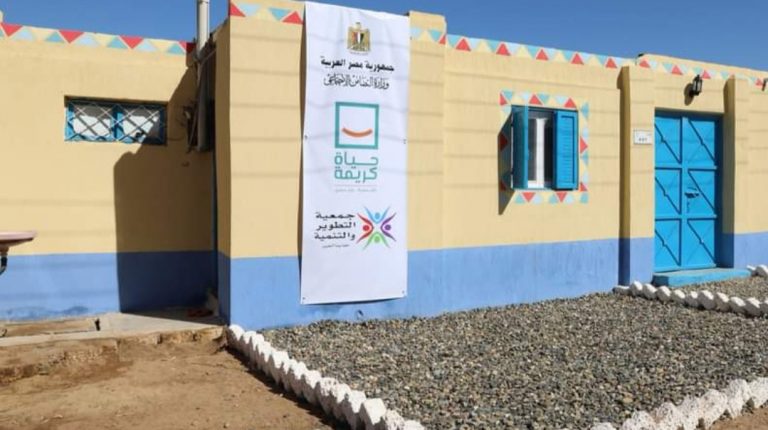 Egypt’s non-governmental organisations (NGOs) are considered as the government’s partners in success while implementing the country’s various national projects.

For that reason, the government is always on the lookout for an effective and transparent channel of communication with civil society entities, through the distinctive NGOs. This comes with the aim of achieving the desired sustainable development across the country.

In fact, the Professional Development Foundation (PDF) is one of the Egyptian organisations taking part in enhancing NGO capacities, hence developing them in terms of human capital. It also works towards encouraging NGOs to work more efficiently with the aid of civil society’s support.

To find out more about the role of the NGOs in Egypt, as well as PDF’s annual “NGO Award of Excellence”, Daily News Egypt sat down for an interview with Tamer Badrawi, PDF’s Vice-Chairperson and Secretary General.

Badrawi started off the interview by stating that PDF is a non-profit organisation founded in November 1998. It aims to create an empowered, talented workforce, alongside their commitment to create a capable civil society both of which will serve in enhancing Egypt’s economic growth.

It also aims to work in creating social well-being and global competitiveness, in addition to becoming a beacon of empowerment and sustainability for both youth and civil society respectively.

Moreover, PDF has managed to provide training to around 100,000 graduates, with almost 91% of those who go through the training going onto employment.

One of the issues that PDF addresses is employability, where Badrawi noted that the foundation relentlessly endeavours to bridge the gap between the job market and the students’ qualifications.

As part of this, the PDF provides training and workshops with the aim of fully equipping fresh graduates with the essential work/life skills needed to thrive in an increasingly competitive job market.

Badrawi added that the foundation has participated in the presidential “A Decent Life” initiative, in hopes of developing villages in Upper Egypt.

“Via this step, PDF was able to devote 70% of its work towards the development of Upper Egypt, in addition to building its people capabilities and skills,” he said, “Also, the foundation’s role entailed developing three villages in Aswan, by not merely adhering to the initiative’s goals, pertinent to uplifting the infrastructure, but also by advancing these three villages’ human capital by providing its inhabitants with vocational and agricultural training.”

In addition, PDF has also contributed to empowering Egyptian women, by giving them training on vocational skills.

Badrawi said, “In order for us to have a successful and sustainable economic environment, the private sector, the government, together with civil society, must work hand-in-hand to create a robust synergy.”

This means that if there is one weak party, the full cycle will not continue and there will be impediments.

Moreover, Badrawi has also asserted that, over the past five years, the government has been doing a great job in terms of infrastructure projects. He did not forget to accentuate the private sector’s role, as in his words, this sector embodies the financial support.

Last but not least, he highlighted civil society’s indispensable role that revolves around reaching out to all Egyptian citizens which the government and the private sector cannot reach.

To reinforce his words, Badrawi said, “What I mentioned earlier makes us think that for us to be able to contribute to Egypt’s economic reform, we have to participate in the development of the civil society with whatever it takes, and it is here that PDF’s role clearly emerges”

One of the strides that PDF has made regarding the underpinning of Egypt’s civil society has been the launch of its “Excellence Award” for NGOs in 2016. It is an annual award that is held under the supervision and auspices of the Ministry of Social Solidarity.

The award aims to develop and support the civil society sector, with an emphasis on providing the right measures to upgrade their professional and administrative capabilities. It also aims to motivate innovation, with the promotion of core competencies among NGOs before the private sector entities.

As a result, this is an important step in supporting substantial projects in the areas of development, and which contribute to solving social problems across Egypt.

Every year two committees, one internal and another external, are formed to assess the impact that these NGOs have on the Egyptian society. The internal committee ensures that the participants are eligible and that they meet the Award’s requirements.

It is worth noting that in its fifth edition, the NGOs Award of Excellence was conducted online, in light of the current difficult circumstances due to the novel coronavirus (COVID-19) pandemic. However, the fact that it went online illustrates Egypt’s approach to digital transformation.

Badrawi said, “NGOs can easily apply to the award, and we are glad to announce that we have 1,015 participants in 2021, while in 2019 more than 300 NGOs participated in the award. The winners will be announced during our ceremony next June.”

He added that PDF has also launched a new initiative entitled ‘Bright Egypt’, which aims at highlighting inspiring ideas and initiatives.

The objective is to give people hope and ensure that despite all the negative ramifications of the pandemic, Egypt still has great success stories that people should follow and learn from.