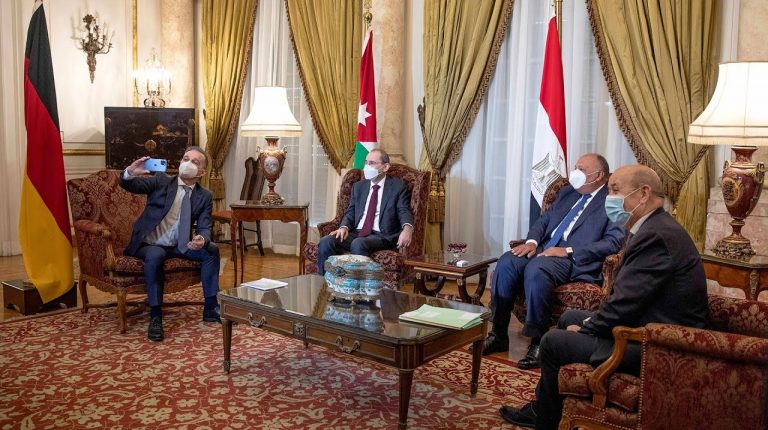 Egypt’s Minister of Foreign Affairs Sameh Shoukry visited France, on Wednesday, to participate in the scheduled quartet meeting on the Palestinian issue.

The meeting will gather the Foreign Ministers of Egypt, Jordan, France, and Germany, as part of their continuous efforts to advance the peace process in the Middle East.

Ahmed Hafez, spokesperson for Egypt’s Ministry of Foreign Affairs, said the four officials will discuss the latest developments related to the Palestinian cause and the recent efforts on this.

These efforts are aimed at creating an environment conducive to serious and constructive negotiations between the Palestinian and Israeli parties.

It is hoped that this will lead to a just and lasting peace in the Middle East, which guarantees the establishment of an independent Palestinian state on the June 1967 borders, with East Jerusalem as its capital.