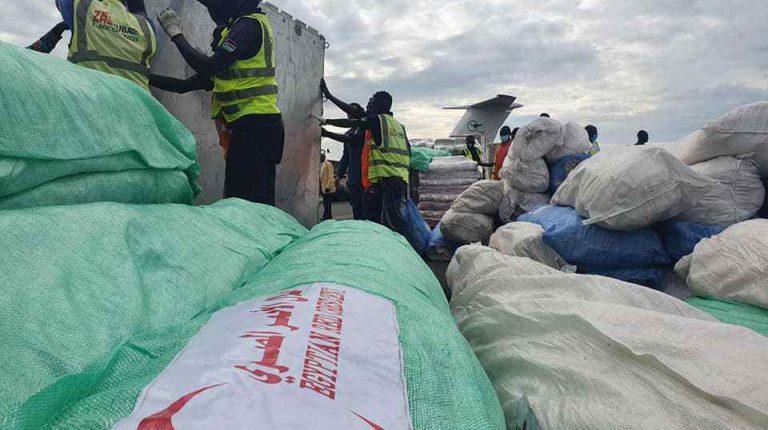 Egypt has sent the first batch of humanitarian aid, including food items, to those affected by recent displacement in South Sudan, according to the Ministry of Foreign Affairs.

The ministry added in a statement that Mohamed Kaddah, Egypt’s Ambassador in the South Sudanese capital, Juba, handed over the shipment of relief aid provided by the Egyptian Agency of Partnership for Development (EAPD).

It was received by Rebecca Garang, Vice-President of South Sudan, with the aid including half a tonne of medicines “intended to alleviate human suffering in centres for displaced people in South Sudan”.

Garang expressed thanks and appreciation to Egypt for the prompt response to her country’s request for assistance, noting that Egypt has always been among the first countries to respond to their needs.

She added that such positions reflect the strength of the eternal brotherly relations between the two countries, the Egyptian Ministry of Foreign Affairs statement said.

Ambassador Kaddah also delivered a speech, in which he emphasised Egypt’s solidarity with South Sudan in light of the humanitarian crisis it is going through.

In September 2020, Egypt sent 197 tonnes of humanitarian aid, including food items, to those affected by recent extensive flooding in Sudan and South Sudan.