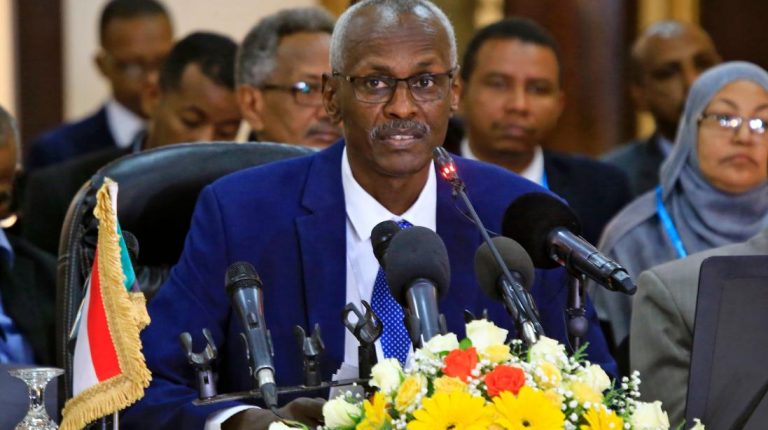 Yasser Abbas, Sudan’s Minister of Water Resources and Irrigation, has announced that his country will defend its interests by all legitimate means should the Grand Ethiopian Renaissance Dam (GERD) negotiations fail.

Abbas’ remarks came during an interview, on Saturday, with Egyptian newspaper Al-Shorouk.

He referred to his country’s reaction in the event Ethiopia insists on commencing the second filling of the GERD without a legally binding agreement, and stressed that Khartoum has the right to use all means to defend its national security.

The Sudanese minister also noted that Ethiopia is trying to include the water-sharing file in the negotiations on the mega-dam.

Abbas said that the absence of political will lies behind the failure to reach an agreement on the dam. He added that the reason for his country’s proposal to expand the mediation umbrella and form an International Quartet is due to there being no developments in negotiations since they stopped on 10 January.

The minister also said that Sudan submitted a proposal to expand the negotiations umbrella, by including the United Nations (UN) among the current observers, namely the African Union (AU), the European Union (EU), and the US.

Regarding the proposal, Abbas stressed that he sees the four parties as facilitators and mediators, rather than observers, to break the deadlock in negotiations. This will help the three countries reach a binding legal agreement regarding the filling and operation of the GERD that takes into account the interests of Khartoum, Cairo, and Addis Ababa.

He also addressed their concerns, pointing to Egypt’s support for this proposal, whilst pointing out that the dam’s second filling without an agreement threatens the lives of 20 million Sudanese.

Abbas stressed that the three parties can “conclude an agreement before July, if the Ethiopians have the political will”.

On the rapprochement between Egypt and Sudan, Abbas said that the two countries are cooperating in exchanging experiences, and improving ways of using water resources.

Ethiopia began the construction of the huge Dam on the Blue Nile in 2011. The Blue Nile is one of the most prominent tributaries of the River Nile, and negotiations between Ethiopia, Egypt and Sudan have been ongoing since 2015. These talks have so far failed to reach any binding solution.

Last year, Ethiopia announced the end of the first phase of the dam reservoir’s filling, with the second phase expected to start within months.

Both Khartoum and Cairo want a binding agreement on the dam, which Addis Ababa rejects in practice through negotiations. Both Egypt and Sudan have intensified their contacts regarding what they describe as “Ethiopian intransigence”.