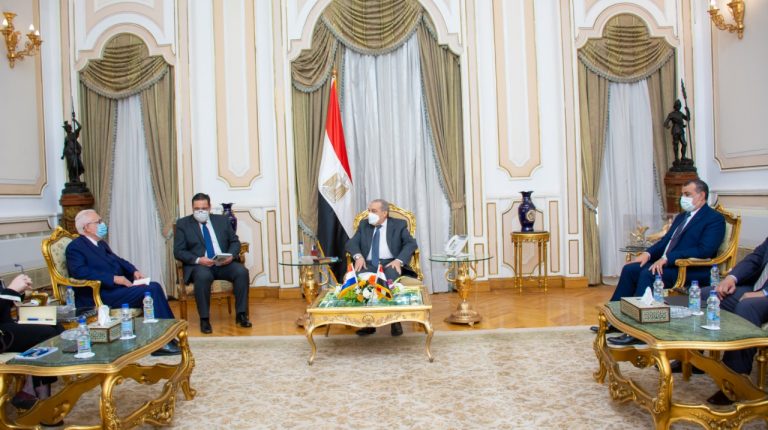 Egypt’s Minister of State for Military Production, Mohamed Ahmed Morsy, has met with Tomislav Bošnjak, Ambassador of Croatia in Cairo, to discuss enhancing bilateral cooperation in various fields of industrialisation.

Minister Morsy received, on Sunday, Bošnjakat at the Ministry of Military Production’s headquarters, in the presence of Deputy Chairperson of the National Authority for Military Production, Mohamed Salah El-Din, and several leaders of the ministry.

During the meeting, Morsy reviewed the technological, industrial, and technical capabilities of the military-affiliated companies, and the fields in which they could cooperate with the Croatian side. This includes military and civil industrialisation.

Morsy stressed that the two sides have close relations, and he hopes to benefit from the Croatian expertise in many fields. He expressed the Ministry’s keenness on cooperating with various international companies in the field of transferring and localising modern technologies in Egypt, in line with the state’s industrial strategy.

Egypt aims to support its sustainable development situation by relying on local manufacturing with the highest international quality standards.

Morsy also said that Egypt is a promising market for Croatian companies, being a gate to the Arab and African markets.

For h part, Ambassador Bošnjak said that there are friendly relations and mutual cooperation between the two countries.

He added that there are important opportunities for trade cooperation between Croatia and Egypt, especially that the two sides have great economic potential and distinct geographical locations in Europe and Africa, respectively.

He also praised Egypt’s pivotal role in the Arab region and the Middle East in combating terrorism, expressing his hope to see Croatian companies cooperate with Egypt’s Military Production Ministry, especially in light of the Egyptian state’s interest in providing an appropriate investment climate to attract more international companies.

Bošnjak commended the remarkable efforts by the Ministry of Military Production in support of national and development projects in Egypt, especially the New Administrative Capital and other smart cities.

Mohamed Eid Bakr, spokesperson of the ministry, said the two officials agreed to exchange visits and delegations to find out more about the technological and industrial capabilities of the two parties, define the possible cooperation areas accurately, and set up effective mechanisms to ensure a fruitful cooperation.