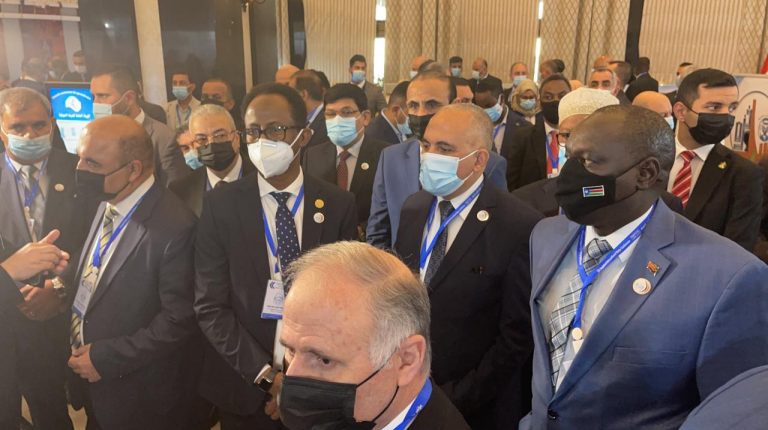 Egypt’s Minister of Water Resources and Irrigation Mohamed Abdel Aaty reiterated the country’s rejection of any unilateral actions by the upstream countries along the Nile River Basin.

Should any actions be taken, they should consider the interests of those countries that are downstream.

He pointed out that, throughout history, Egypt has been and is still keen to provide financial support for the building and preparing of technical studies for the construction of dams. This would take place in a way that meets the aspirations of all countries in development, according to a statement from the Ministry of Water Resources and Irrigation on Sunday.

Abdel Aaty’s remarks came during his participation in the opening session of the 1st Baghdad International Water Conference in Iraq.

The minister noted that cooperation between the riparian countries in studying, implementing, and operating dams and infrastructure projects is the ideal model for achieving mutual benefit and strengthening good neighbourly relations. He stressed that Egypt is seeking to adopt this model in its relations with other Nile Basin countries.

He added that reaching a binding legal agreement to fill and operate the Grand Ethiopian Renaissance Dam (GERD) opens the way to achieving regional cooperation and integration. It would also work towards attracting investments that will contribute to achieving development in all the countries of the basin.

In his speech to the conference, the minister reviewed the challenges facing Egypt in the field of water, in light of the shortage of water resources and the rapid increase in the population. This comes in addition to the severe climate changes and their effects, such as increasing temperatures and rising sea levels, which represent a great threat to the Nile Delta.

He added that 97% of Egypt’s renewable water resources come from outside its borders, which has prompted the government to put in place measures and policies.

These have ensured Egypt is one of the leading countries worldwide in terms of efficiency and productivity relating to water.

Abdel Aaty said that Egypt has prepared a national strategy until 2050 that aims to achieve a sustainable management of water resources. The strategy also seeks to create a balance between limited water resources and the country’s current and future water needs.

Moreover, the Ministry of Water Resources and Irrigation has also developed a plan for managing water resources until 2037, with investments exceeding EGP 900bn.