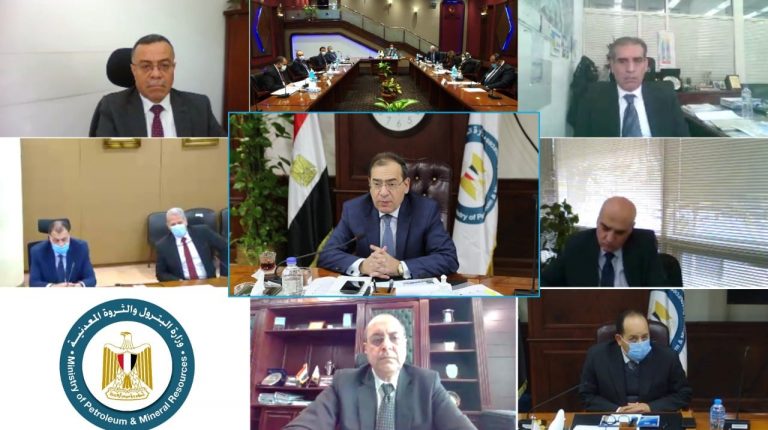 El Molla said the recent success in settling arbitration cases with international companies confirmed Egypt’s credibility in the oil and gas sector, and represented a new stage of zero-debt in this field.

Magdy Galal, Chairperson of EGAS, stated that the company is working on delivering natural gas to 2.1 million housing units this year, bringing the total of beneficiaries since July 2013 to about 6.5 million units. The figure compares to the 5.5 million units recorded over 33 years since the start of gas delivery to homes in Egypt.

He added that nine new gas exploration agreements have been signed, with a total investment of $981m, to drill 18 exploration wells. Two exploration wells have already been drilled, and a three-dimensional seismic survey has been conducted in the areas of the western Mediterranean, in an area of ​​18,000 sqkm.

Moreover, three projects for developing natural gas fields have been completed, while four new wells have been linked to production.

Galal also referred to the re-operation of the Damietta LNG plant after an 8-year hiatus and the export of three shipments through it so far.

The resumption of the plant came after the amicable settlement of the pending disputes between the Union Fenosa Gas and the Spanish Egyptian Gas Company (SEGAS), on the one hand, and EGAS and the Egyptian government, on the other.

During the General Assembly, the attendees also reviewed the company’s targets for the second half (H2) of current FY 2020/21.

They discussed the expansion in the establishment of natural gas fuelling stations within the framework of the presidential mandates to this end. In addition, they tackled the implementation plan of the gas network infrastructure at about 1,500 villages.

EGAS also aims to complete drilling 10 natural gas wells in the Delta and the Mediterranean regions, as well as preparing for drilling nine other wells, conducting a seismic survey, and signing three development contracts with a total investment of about $377.7m.

Egypt is expected to increase its natural gas production up to 7.2 billion cubic feet of gas per day and 100,000 barrels of condensate.