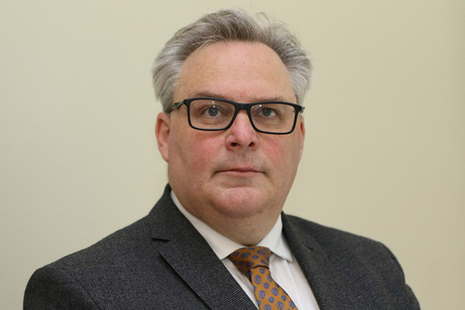 Hamdi Lowza, Egypt’s Deputy Foreign Minister for African Affairs, has met with Robert Fairweather, the UK’s Special Envoy to Sudan and South Sudan, to discuss the latest developments in the region.

The meeting was also attended by Egypt’s Assistant Foreign Minister for African Affairs Osama Shaltout, and Deputy to the British Ambassador in Egypt Neerav Patel.

The discussions took place during Fairweather’s visit to the Egyptian capital. This follows the recent high-level visits of Egyptian President Abdel Fattah Al-Sisi to Khartoum and Sudanese Prime Minister Abdallah Hamdouk’s to Cairo.

During the meeting, both sides reaffirmed that the UK and Egypt are strong supporters of a stable and prosperous Sudan. They will continue to stand together to support the Sudanese authorities in creating a better future for the country’s people.

Earlier this year, during his visit to Sudan, British Foreign Secretary Dominic Raab announced the UK’s contribution of £40m to the Sudan Family Support Programme. The finance will go towards helping support Sudanese communities, while critical economic reforms are implemented.

Fairweather said, “It is fantastic to have the opportunity to discuss the important issue of peace and stability in the region. The UK is keen to see the Juba Peace Agreement implemented, and we look forward to cooperating with Egypt and providing the support necessary to make a complete transition to peace possible.”

Before arriving in Cairo, Fairweather visited Khartoum and met with Sudanese Prime Minister Hamdouk to express the UK’s intent to provide a £330m bridging loan. This will help clear Sudan’s arrears with the African Development Bank (AfDB).

He also met with Deputy Head of the Sudanese Sovereign Council, General Mohamed Hamdan Daglo, to discuss transitional justice and the situation in South Sudan, among other important issues.