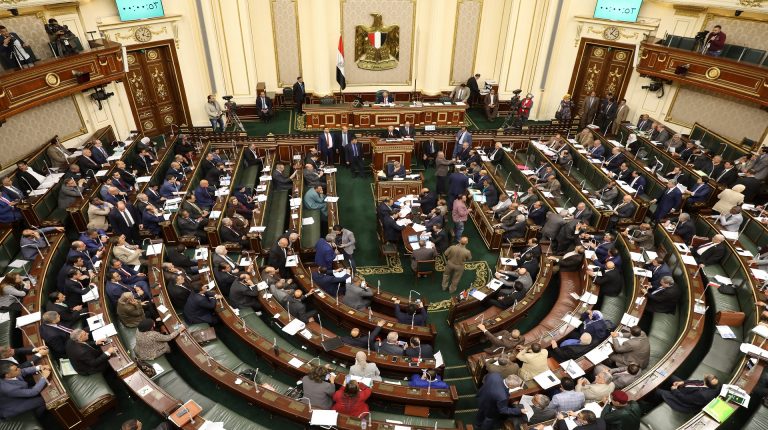 Several members of the Egyptian parliament have rejected the statement issued by the United Nations Human Rights Council (UNHRC) which called on Cairo to lift curbs on freedoms of expression and assembly.

“We urge Egypt to guarantee space for civil society – including human rights defenders – to work without fear of intimidation, harassment, arrest, detention, or any other form of reprisal,” the statement read.

Egyptian MP Alaa Abed said the critical statement comes as part of the “fourth generation wars,” adding that it coincides with Egypt’s preparations “to organize a conference of 200 countries on interfaith dialogue and tolerance.”

Egyptian Foreign Minister Sameh Shourky also condemned the statement in his speech before the parliament. He expressed “great surprise and disapproval” of the UN report, describing it as biased and baseless.

Abed also said, “The statement did not consider what Egypt is doing to fight terrorism on behalf of the world, and it turned a blind eye to human rights violations in other countries.”

The UN statement, signed by 31 states and delivered by Finland at the UNHRC’s 46th session, also highlighted what it described as “the use of counterterrorism laws to punish peaceful critics.”

Egyptian MP Tariq Radwan, head of the human rights committee at the parliament, said the UN statement was based on information provided by “paid organisations,” hinting at local and international human rights organisations.

Other parliament members demanded the countries that inked the critical statement, all of which are political allies to Egypt, to acknowledge the Egyptian state efforts in other areas: like nationwide initiatives for social housing, hepatitis C virus elimination, and female empowerment.

Egypt has pushed over the past years to include the development efforts as part of its “human rights accomplishments.”

In the same context, the Egyptian Judges Club issued a statement defending the Egyptian judiciary which was in the crosshairs of the UN report.

Judge Reda Mahmoud Al-Sayed, the Club’s spokesperson, said the UN statement contained many false allegations that “violated the guarantees of the independence of judiciary,” adding that it was seen as an “unacceptable interference in the work of the Egyptian judiciary.”