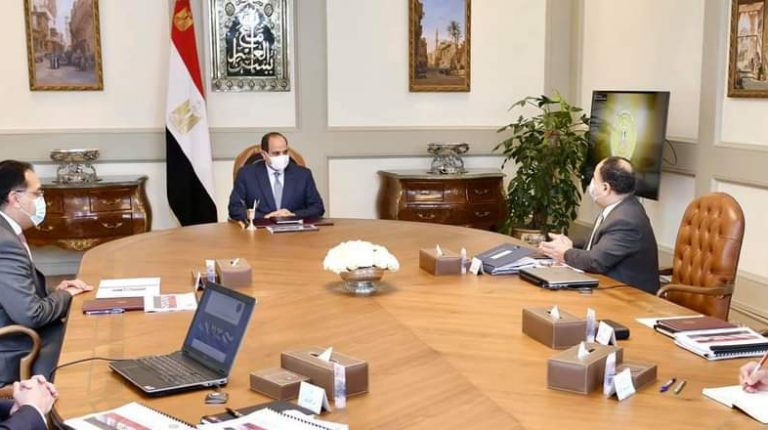 Egypt’s President Abdel Fattah Al-Sisi has directed the government to raise the minimum wage to EGP 2,400 in fiscal year (FY) 2021/22.

The directive came at the President’s meeting on Monday with Prime Minister Mostafa Madbouly and Minister of Finance Mohamed Maait. The meeting dealt with a review of the draft budget for the next FY 2021/22.

In a statement, Presidency Spokesperson Bassam Rady said the President also approved an additional incentive increase for both those addressed and not addressed by the law civil service, at a total cost of about EGP 17bn.

Moreover, Al-Sisi directed for the government to increase the value of pensions by about 13%, at a total cost of about EGP 31bn. This runs alongside the promotion of employees who meet the conditions of promotion on 30 June 2021, in order to achieve an improvement in their wages with a total value of about EGP 1bn.

About EGP 1.5bn of a financial incentive programme was also allocated for the workers transferred to the New Administrative Capital (NAC).