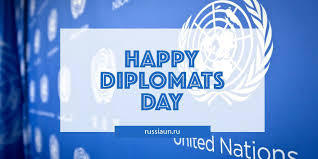 Egypt’s Ministry of Foreign Affairs celebrated, on Monday, the International Day of the Diplomat by releasing a special film on the sector.

To mark the celebration, which falls on 15 March every year, the Ministry released a film on the history, origin, work, and role diplomacy plays in defending Egyptian interests, and the constant care Egypt’s diplomats provide to citizens abroad.

The film sheds light on the most prominent achievements of Egyptian diplomacy especially in recent years, and can be viewed via the following link: https://we.tl/t-ucZVnQVkI8

Egypt celebrates the International Day of the Diplomat to mark the resumption of the Ministry of Foreign Affairs’ activity following Egypt’s independence from UK on 22 February 1922.

The Ministry of Foreign Affairs had been abolished for seven years on Britain’s announcement that it was making Egypt its protectorate in 1914.