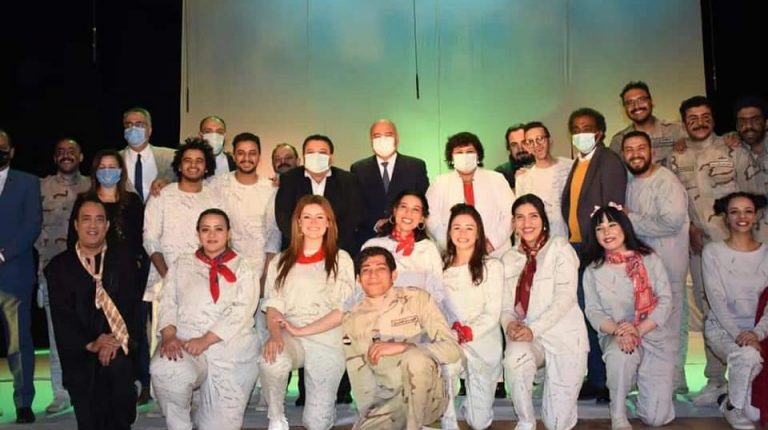 Abdel Dayem said that the theatre aims to spread awareness and enlightenment across the country, and address intolerance.

She added that the shows also aim to educate citizens by presenting contemporary issues and finding solutions, according to a statement by the Ministry of Culture on Tuesday.

Abdel Dayem said that her ministry is currently working to expand its activities in various villages nationwide. She confirmed that 150 performances will be presented during the next four months in 14 different governorates.

The minister explained that about 50 shows were performed in the governorates of Beheira, Assiut, Gharbeya, Qena, Kafr El-Sheikh, and Port Said. Meanwhile, she asserted that her ministry aims to present more than 600 show nights by the end of this year

He said that these shows present positive messages which contribute in developing society and achieving sustainable development goals.

Meanwhile, Abdel Dayem also inaugurated an exhibition of works by the Egyptian plastic artist Manal Abu Al-Hassan. The exhibition contains 60 artistic works, including portraits and Arabic calligraphy, in addition to handicrafts made of beads and amigurumi dolls.

The Confrontation and Roaming Theatre will present The Children of the Country theatrical show in various villages across Qena Governorate. The show addresses several issues, including illegal immigration and the heroic roles of Egyptian army and police officers.