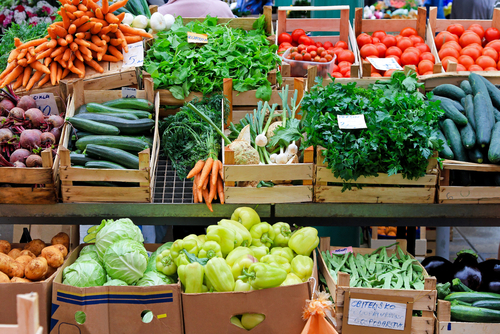 Subsidising low carbon emission meals could encourage more people to choose them, according to new research.

This included the use of carbon taxes and subsidies, traffic light labelling (TLL), and social norms, where more sustainable options were highlighted as the most popular menu items.

Carbon taxes and either behavioural intervention, TLL or social norms, had a limited effect on shifting behaviours towards meal choices with lower carbon footprints.

However, when all these interventions were combined with subsidies, where the money collected from carbon taxes for meat meals was added to vegetable only options, the researchers observed a 24% reduction in weekly carbon emissions.

Over a year, the researchers estimated that combining all interventions could decrease the carbon footprint of an individual’s lunches by an equivalent to 80kg of C02 in comparison to the control condition. This saving is equivalent to the level of greenhouse gas emissions from an average passenger vehicle over a distance of 200 miles.

Magda Osman, Reader in Experimental Psychology at Queen Mary University of London, said, “Typically, when studies examine the effects of different behavioural interventions, they are examined one at a time against a control condition.”

“But in the real world many schemes are already in place, so we need to know what the interactive effects are when they are combined with new interventions,” she added, “By taking this approach we saw that basically carbon tax and behavioural interventions alone lead to negligible changes in behaviour, combining these interventions together works better.”

Osman also said that by far the best approach was to combine carbon taxes with subsidies and behavioural interventions.

Participants were asked to select a meal from four daily lunch options over the course of a simulated working week. The study then compared the differences in CO2 emissions between meal choices when no interventions were present and when different interventions were applied alone or in combination.

The experiments were designed to resemble a typical UK lunchtime canteen. Meal options and pricing were based on real cases, and for the carbon tax intervention, prices were adjusted to reflect viable carbon tax scenarios for the UK.

Osman suggests that this approach could explain the minimal effect of carbon taxes in this study.

“Previous studies have suggested that carbon tax would have a much bigger impact on shifting behaviours towards more sustainable food choices, but in these cases the price changes introduced by carbon taxes were not realistic, and much larger than those used in the present study,” she said.

When asked about their attitudes towards the use of different interventions, participants were found to be more accepting of behavioural interventions and subsidies, than carbon taxes. The findings were consistent with previous research, according to Osman.

“Research suggests that the public are more on board with interventions that preserve their choice, or incentivise them to make a choice, like subsidies,” added Osman.

She noted that it is well-known people can feel more aggrieved by tax systems than they do subsidies. By combining these two as a redistributed pricing system, there is an incentive towards an option deemed good, not only punishing people for choosing an option deemed bad.