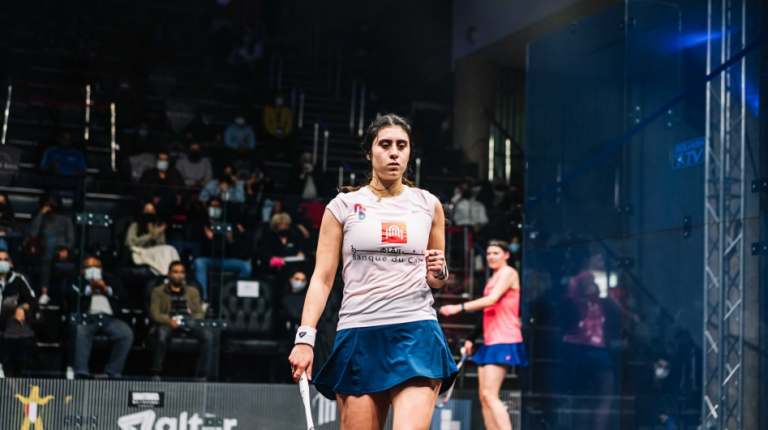 World No.1 Nour El-Sherbini has knocked World No.6 Sarah-Jane Perry out of the women’s CIB PSA Black Ball Squash Open, after winning three games to one in a match that lasted 46 minutes, booking a spot in the semi-finals.

Egypt is hosting the tournament until Thursday, with a total of $175,000 in prizes up-for-grabs.

El-Sherbini won the first game 11-9 before Perry equalised 5-11. However, it was the Egyptian who won the third and fourth quarters, 11-7 and 11-6, respectively, to knock-out the Englishwoman.

El Sherbini will face World No.8 Joelle King from New Zealander in the last four.

Meanwhile, World No.10 Salma Hany will appear in the first Platinum semi-final of her career after she overcame USA’s No.2 Olivia Clyne in straight three games in just 22 minutes. The Egyptian will face another American Amanda Sobhy who defeated France’s Camille Serem by three games to two. The  women’s competitions will come to a conclusion on Thursday evening.

The men’s Black Ball tournament will start from 19 to 25 March.