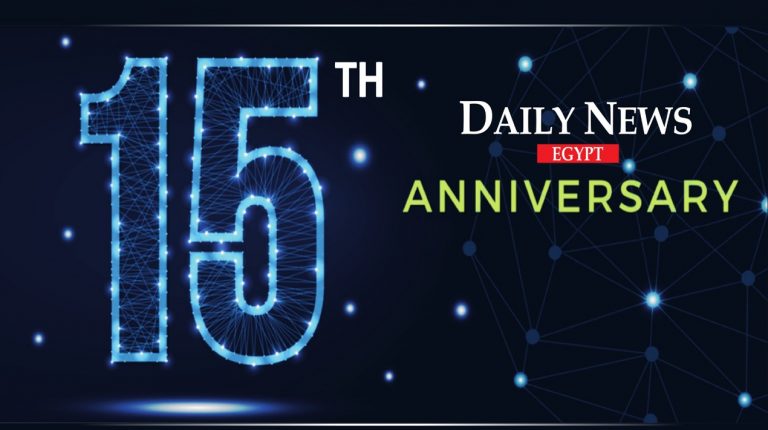 On this day 15 years ago, we published the first edition of Daily News Egypt from our office in Zamalek.

At the time, Daily News Egypt was also distributed with the International Herald Tribune (IHT), the world’s foremost global newspaper. It was meant to fill a growing need for objective coverage on Egypt’s political, business, and financial affairs, and to become a nation’s voice to the world. The opportunity for fair, factual, full reporting, and analysis was clear.

Since then, the newspaper has occupied a front-row seat chronicling the transformational story of Egypt. Over the past 15 years, the country has witnessed several changes on such a dramatic scale and at such a rapid pace.

In this period, we have covered the births and deaths of hundreds of companies, the creation of new industries, two revolutions, and profound advances in science and technology. We have also been at the forefront of covering social movements, the rise of the local economy, and lately, the novel coronavirus (COVID-19) pandemic.

Daily News Egypt has been providing a snapshot of Egyptian affairs for 15 years to a diverse set of readers inside the country, local and foreign businesspeople, and those who had never stepped foot in the country.

Almost a decade after its restructuring, Daily News Egypt succeeded in setting new standards in the Egyptian journalism market. It presented a model that is now followed by many in the country thanks to the credibility it built in its reporting.

This credibility springs from the separation between its editorial line, advertising in the newspaper, and its impartiality in delivering news and information, removed from bias in favour of any particular trend or current.

These factors have helped make it the top English-language newspaper circulated in Egypt. As the story has grown, so have we. From a small office in Zamalek, we have become a regional operation, with reporters in Egypt and dozens of countries, producing stories on multiple platforms for more than a million readers monthly, the most in our history.

During our 15-year history, a lot has changed, but there are some key constants, namely quality journalism, scoops, and sparing no efforts in training young aspiring journalists.

Daily News Egypt has been the gold standard in business and financial journalism for 15 years, and we strive to continue for the next 15.