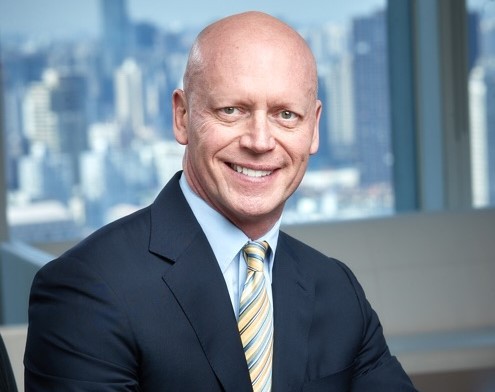 With a history stretching back thousands of years, a heritage that places it at the heart of epoch-defining advances in engineering, infrastructure, art and culture, and a geography that has placed it for centuries as a gateway of global trade, Egypt is arguably a nation that knows how to handle change.

Investors certainly seem to think so. In a world ripe with opportunity and huge demand for investment on multiple fronts, from global warming to a global health pandemic, advanced manufacturing to artificial intelligence, or from urban renewal to clean energy, Egypt stands out as a magnet for international investors.

Egypt also sets a clear benchmark for emerging economies, having attracted record demand from the world’s biggest investors for a slew of instruments and opportunities, in the wake of a series of landmark economic reforms in 2016.

Infrastructure projects, real estate, tourism, and logistics, are all attracting foreign investment into Egypt and it is not hard to see why.

Egypt, after all, is a country led by a government with a clear development agenda aimed at meeting the abundant consumption needs of the nation’s 100m people.

Its credentials as a strong emerging markets borrower are already in evidence this year, with Egypt securing $3.75bn from bond investors at a lower yield than previous issues, with the sale more than four times subscribed.

That follows issuance in 2020 that achieved the largest ever order book for Egypt and by an African sovereign, of $21.5bn, and the first sovereign green financing in the Middle East.

Marking its commitment to its sustainability agenda, with a focus on promoting clean transportation, renewable energy and sustainable water management, the green bond debut dovetailed with the country’s Sustainable Development Strategy: Egypt Vision 2030, which envisions a greater role for the renewable energy sector in Egypt’s energy mix.

The International Monetary Fund (IMF) and various credit rating agencies have already recognised the success of Egypt’s economic reform programme. The return to international markets, despite the fluctuations and prevailing uncertainties, reflects growing investor confidence in the ability, capabilities and performance of the Egyptian economy.

On the industrial investment front, the government also announced the monetisation for some of the public sector assets, which is expected to attract foreign investment and further support the government’s ambitions to enhance private sector participation in the economy.

Egypt’s commitment to providing a platform for talent and promoting innovation are also key to its economic competitiveness.

New legislative and administrative reforms have made the country a more attractive destination for entrepreneurs and investors. Over the past few years, the government has successfully implemented legislative reforms, such as a new investment law, new banking law, an industrial licensing law, a companies’ law and an insolvency law, that are all significant in supporting private sector development.

The country’s potential to channel the promise of its small- and medium-sized enterprises (SMEs) into large-scale commercialisation, serving African and global markets is now an active opportunity for the country. So is the role Egypt is playing as a major partner for China and its Belt & Road Initiative.

Egypt can be a ‘pivot’ for China, acting as the major arterial thoroughfare between Asia and Europe. Already we are seeing interest in Egypt’s ports, railways, energy, power and automotive sectors.

There is also the highly anticipated proposed New Administrative Capital (NAC) of Egypt, which is expected to rise out of the desert just 45 km east of Cairo and towards the port city of Suez.

Not only will it ease Cairo’s chronic congestion problems, but the desert metropolis will hopefully provide a construction boom and eventually become the symbol of a new, modern Egypt.

HSBC Egypt is built on nearly 40 years of on the ground experience, supporting customers in a reform-minded government sector and an ambitiously entrepreneurial private sector.

The country is a dynamic part of HSBC’s global network and the bank is proud to have played its part in attracting significant foreign capital into Egypt for so many years.

I believe that Egypt remains responsive to on-going challenges and is ready to build back better from the global pandemic, through its resilient spirit, unwavering optimism, and with HSBC firmly at its side.