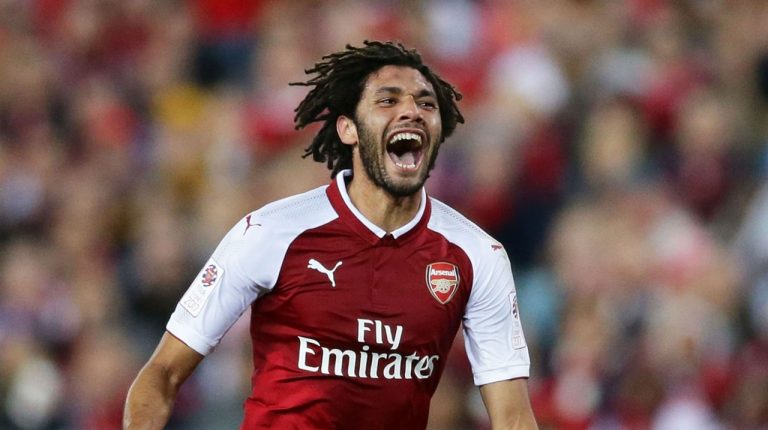 The UEFA Europa League’s quarter-finals are set to be decided, with the second leg in the tournament’s Round of 16 set to take place on Thursday.

The first leg witnessed a clash of two Egyptians, with Arsenal meeting Olympiacos, pitting the English team’s Mohamed Elneny against fellow Ahmed Hassan Koka with the Greek club. The game ended in a 3-1 victory for the Gunners.

Arsenal scored a hat-trick by Martin Odegaard in the 34th minute, with Gabriel Magalhaes scoring in the 79th minute, and Elneny in the 85th minute. Olympiacos’ only consolation goal came through Youssef Elaraby in the 58th minute of the match. On Thursday evening, the Gunners will host Olympiacos at the Emirates stadium in London.

The London team had previously met Olympiacos in the last edition of the UEFA Europa League, in the round of 32, which saw the Greek team’s elimination. The first-leg match that was held at Olympiacos Stadium ended with 1-0 in favour of Arsenal, while in the second leg, Koka’s comrades turned the table on the team at the time.

It is expected that the confrontation will witness the emergence of Mohamed Elneny with Arsenal and the absence of Koka due to tests indicating suffering from tension in the posterior muscle.

Ajax Amsterdam face Switzerland’s Young Boys, after the first leg ended with a 3-0 victory for the Dutch team. The Ukrainian team Dynamo Kiev is a guest over at Spain’s Villarreal, after it suffered a 2-0 defeat in the first leg match.

AS Roma seek to continue their brilliance against Ukraine’s Shakhtar Donnetsk, whilst Dynamo Zagreb will play Tottenham Hotspur in Croatia.

Previous Europa League winners Manchester United will face AC Milan of Italy, in a game that awaits a qualifying champion for the quarter-finals, after the first-leg match ended with 1-1 draw.

The match between the two sides will witness the participation of AC Milan’s Zlatan Ibrahimovic, who will play against his former team. The Swedish had participated in 55 matches in all competitions with the Red Devils, scoring 29 goals and assisting in 10.

The Italian giant’s history does justice to its clashes with the Red Devils, with the English side having exited the competition four times out of five meetings in the knock-out rounds at the hands of AC Milan.

The quarter-final draw for the 2020-21 season of the UEFA Europa League will take place on Friday, March 19 at the House of European Football in Nyon, Switzerland.