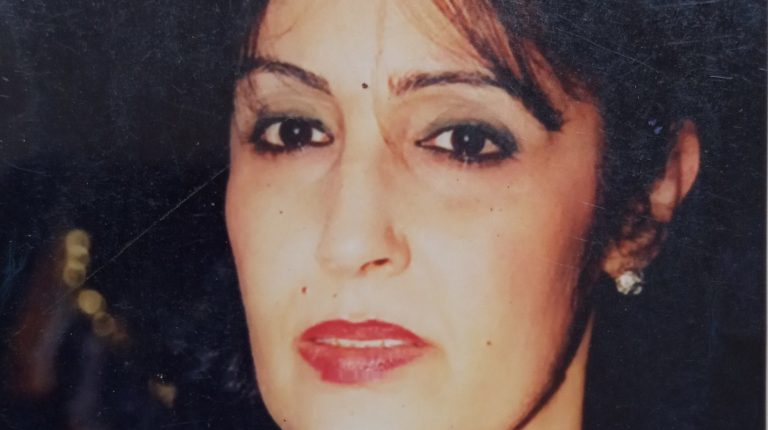 The novel coronavirus (COVID-19) pandemic is a unique experience, having stormed the world in a specific moment, causing the numbers of causalities to soar, and creating an economic and scientific panic in many countries.

The next few lines will shed light on the principal consequences this pandemic has imposed on human beings, especially the most vulnerable to exploitation, coercion, or manipulation. International and national laws have labelled those crimes against human beings as “trafficking in persons” (TIP).

It is worth mentioning that those social strata who are suffering from inadequate social and economic standards are now becoming more vulnerable, as many national and international reports have stated.

The International Labor Organization (ILO) expected in April 2020 that around 25 million jobs will be lost, due to partial and total lockdown in many countries. This affected around 2.7 billion workers, which means 4 out of 5 workers worldwide[1].

On the national level, a study by Egypt’s Central Agency for Public Mobilization and Statistics (CAPMAS) provided some indicators related to the impacts of COVID-19 on economic development, one of which was related to employment rates.

It is worth mentioning that some sectors have been severely affected due to the pandemic such as the Hotel industry, Tourism, Communication and Transportation, in addition to the aviation sector. Also affected were small- and medium-sized enterprises (SMEs), as well as the irregular sector. This has meant that a great segment of employees in the regular and irregular sectors have been facing challenges due to the pandemic.

On the other hand, the gradual transformation of certain commercial and service sectors towards providing their service online has led to many job cuts. Accordingly a segment of those citizens has been exploited, manipulated, or coerced by criminals and organised crime groups.

Many international and regional organisations have warned about the repercussions of COVID-19 on the most vulnerable segments of society. This came in light of the fact that minors were getting leave from schools, with some of them being a target for forced and early labour and other means of exploitation.

Women and girls have been subject to gender based crimes, like sexual exploitation, early and contractual marriages, a legal marriage reciprocated/in exchange on/for money, were there is no compatibility of age, social or economic standards. This crime is a punishable offence for the legal guardian (father) and every person who facilitated that crime, with the lady or the girl being treated as a victim.

In relation to above mentioned crimes, the vulnerable segments in the society can be a victim of organ trafficking crimes. It is of importance to state that, in Egypt, Law 64 of 2010, relating to combating and preventing the trafficking of persons, makes those crimes are punishable.

Astonishingly, when searching on the internet for the main forms of crimes relating to trafficking in persons on the national level, the reader will find out that what has become known in the media as “TIK TOK girls” (sexual exploitation and manipulation crime), as well as organ trafficking crimes. Both are considered to be a threat on the society.

Based on that, Egypt was keen on preventing and combating all forms of trafficking in person, in line with executing what the constitution stated in the rights, obligation and personnel freedom chapter, especially article (60) that clearly stated “The human Body is inviolable. Any assault, defilement or mutilation thereof is a crime punishable by law.”

This comes in addition the TIP law number 64 for the year 2010, which is considered to be a model on which many countries in the region shaped their own national laws. This is because the Egyptian law encompassed all elements and means of preventing and combating those crimes.

The Egyptian state has planned and executed a comprehensive plan to safeguard the most vulnerable from exploitation, as well as protecting and assisting victims of TIP. This was reflected in the National Coordinating Committee for Combating and Preventing Illegal Migration and Trafficking in Persons (NCCPIM & TIP) increasing its capacity building and awareness raising activates by 50%, regardless of the tight conditions imposed by the pandemic.

In the sphere of awareness raising, the second wave of awareness raising has been launched in November 2020. This took place in the form of advertisements broadcasted in cable channels and social media platforms, and motivated citizens to report any TIP crime through calling the hotline.

In addition, NCCPIM & TIP cooperated with the Ministry of Culture to launch an awareness raising campaign during the Cairo International Film Festival (CIFF) in December 2020.

For the first time, a trophy was awarded for the best film to address human trafficking, with a panel titled “Cinematography and its role in Combating TIP” organised with the presence of UN agencies representatives, and the goodwill ambassador and celebrities Aser Yassin and Nelly Karim.

In that scope, and during the 2021 World Men’s Handball Championship in January, NCCPIM & TIP launched another campaign to raise awareness about TIP and the smuggling of migrants. This event was based on presenting the means of preventing and combating those crimes to youth in sports centres, and disseminating podcasts by Egyptian handball players to advocate the call for “#no to illegal migration” and “#together against human trafficking”.

These hotlines receive reports and complaints about TIP crimes, verifying them and providing psychological and medical assistance, as well as temporary shelter to victims, or through referring those cases to law enforcement agencies.

Providing assistance to victims has been also a priority, through opening the first shelter for victims of TIP that is equipped and established according to international standards. It is the fruit of collaboration between the NCCPIM & TIP, the Ministry of Social Solidarity, NCCM, the International Organization for Migration (IOM), and the Egyptian Red Crescent (ERC).

Last and not least, the NCCPIM & TIP organised several capacity building training courses and workshops through which 675 trainees benefited from them. These trainees represented law enforcement agencies from the General Prosecutor’s Office, Judges, NGO Members, African Officials, Diplomats, volunteers from the ERC. Other participants included Masters and PhD students of social services, along with social workers, hotline staff, directors of main sectors of the Civil Aviation Authority, as well as Egyptian peace corps personnel in cooperation with CCCPA.

The Egyptian state is working hard to protect and safeguard the dignity and wellbeing of its citizens, through improving their socio economic condition mainly the poor and vulnerable. This is taking place through several presidential social initiatives, such as “100 Million Health”, “Solidarity and Dignity”, “Decent Life”, “Light of Life”, in addition to “Minors without Shelter” and “Elders without Shelter” campaigns.

Those initiatives are targeting elevating the socio economic conditions of the poor and most vulnerable, especially in the era of COVID-19, to protect them from being exploited by TIP criminals.

Ambassador Naela Gabr is the Chairperson of The National Coordinating Committee for Combating and Preventing Illegal Migration and Trafficking in Persons. She is a career diplomat, having served in Paris and Geneva, before being appointed as Egyptian Ambassador to South Africa, Botswana, Lesotho from 2000-2002, then as a permanent representative of Egypt to the UN office in Geneva and its specialised agencies (2002-2005).

Opinion| COVID-19: A reset to a ‘Business-as-Usual’ Paradigm