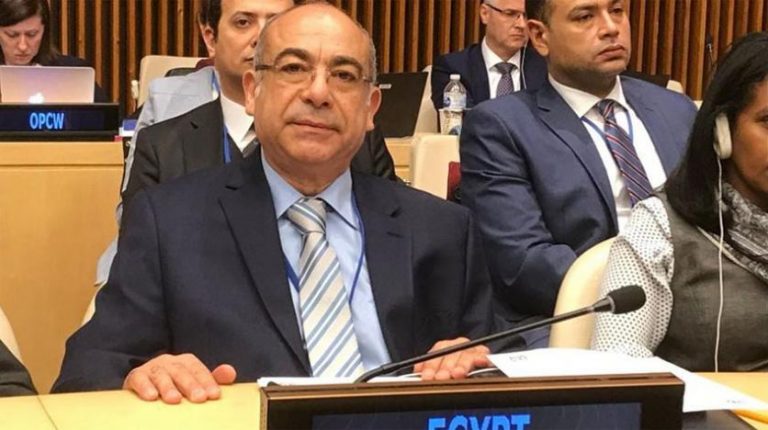 Egypt’s mission to the United Nations (UN) in New York has successfully lead efforts, in cooperation with missions from several other friendly countries, in adopting a statement on international water issues.

As part of the move, Egypt has formed a nucleus group of 17 countries representing the various geographical regions of the UN to formulate a cross-regional statement.

The group is due to present a clear international vision on water issues. Mohamed Idris, Egypt’s permanent representative to the UN in New York, said that coinciding with the convening of the UN high-level meeting on water, on Thursday, the organisation’s General Membership was invited to join it.

Idris said the statement outlines the priorities and outlines of the UN’s moves of following up on the implementation of the sixth goal of the UN’s sustainable development goals (SDGs) on water.

He added that the intensive diplomatic moves made by Egypt resulted in the signing of the statement by more than 155 countries. This is a precedent that has significant implications for the course of international dealing with water issues.

Idris noted that the statement and its priorities had become an inclusive bloc of the vast majority of the UN, and its unified vision of what multilateral international action in the water field should be.

“Water issues have long suffered from great dispersion and divergence of views in light of the high sensitivity at the regional and international levels,” he said.

The Ambassador also indicated that the statement delivered to the UN Secretary-General Antonio Guterres confirms the determinants of the Egyptian position on water issues.

The statement affirmed that water is a matter of life and existence, and that access to it is an inherent right of every human being.

It also focused on the crisis of water scarcity, its profound effects on those affected countries, and the need for urgent measures to support them.

The statement addressed the imperative of cross-border cooperation in connection with waterways, the need for political will to do so, and the implementation of mediation efforts and effective water negotiations to avoid conflicts and achieve regional stability.

It also exposed other dimensions, including funding for water projects that respect the human right to water and are environmentally friendly.

Idris added that adopting this pivotal statement is an unprecedented international step on the road to continuous work to defend Egypt’s strategic interests in water issues.

He said that the statement became part of a continuous framework, as it was preceded and followed by other steps, in the context of promoting and mobilising support for the Egyptian positions on the international scene.

The address will explains the priority that the Egyptian state attaches to water issues, and its vital interests, related to the regional and international arenas.