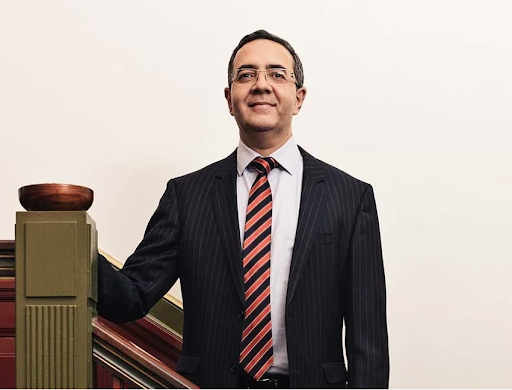 India appointed Ajit Gupte as its new Ambassador to Egypt, on 10 March, in succession to Ambassador Rahul Kulshreshth who completed his tour of duty on 28February 2021.

He has extensive exposure to India’s neighbouring countries, and served in Bangladesh’s capital Dhaka from 2004 to 2008 as First Secretary/Counsellor.

Gupte had also served in the Indian Council for Cultural Relations (ICCR) as Deputy Director General, from 2008 to 2010, to promote India’s cultural diplomacy and ‘soft power’.

Thereafter, he was Deputy Chief of Mission at India’s Embassy in Berlin from 2010 to 2014. During this period, he was also Charge d’ Affaires for nine months.

He held the post of Joint Secretary (Haj) for a year, and was Joint Secretary (Development Partnership Administration), dealing with Lines of Credit for all countries, including India’s neighbouring countries and Africa from 2015 to 2017.

Gupte served as Ambassador of India to Denmark from September 2017 to March 2021.