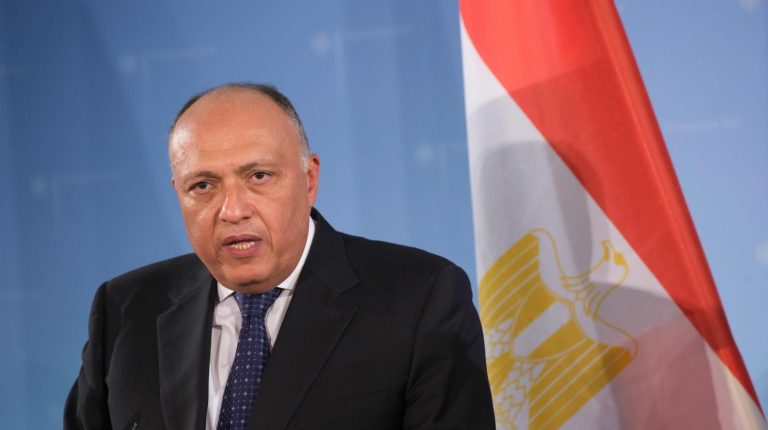 Egypt’s Ministry of Foreign Affairs has responded to a recent statement by Ethiopia’s Minister of Water, Irrigation and Energy on completing the filling of the huge Ethiopian Dam without agreement.

Egypt has said that the statement reveals Ethiopia’s intention and desire to impose a fait accompli on the two downstream countries, namely Egypt and Sudan, according to the Egyptian Ministry’s spokesperson, Ahmed Hafez, in a statement on Thursday.

Egypt’s response comes on the occasion of the 10th anniversary of the Grand Ethiopian Renaissance Dam’s (GERD) inauguration.

Hafez confirmed that Egypt rejects recent Ethiopian decisions that threaten Egyptian and Sudanese interests and peoples, adding that such unilateral measures will impact security and stability in the region.

He also said that it is unfortunate Ethiopian officials use the language of sovereignty in their conversations about exploiting the resources of a river that crosses borders.

The spokesperson added that international rivers are the joint property of riparian states, and it is not permissible to extend sovereignty over the river or seek to monopolise it.

Hafez said that Ethiopian officials must employ these natural resources to serve the peoples of the countries that share them. This would be on the basis of the rules of international law, the most important of which are the principles of cooperation, fairness, and non-harm.

The spokesperson also indicated that the Ethiopian statements were issued at a time when the Democratic Republic of the Congo (DRC), which assumed the African Union (AU) presidency, is making appreciable efforts to relaunch the path of negotiations.

This includes efforts to reach an agreement before the next flood season, which reflects the absence of political will on the Ethiopian side to negotiate to reach a settlement to the GERD crisis.

Egypt and Sudan have stressed the importance of the international community’s active involvement in negotiations led by the DRC, through an international quartet. This would include the US, the European Union (EU), and the United Nations (UN), to ensure the effectiveness of the negotiation process.

It would also push the three negotiating countries, and help them to reach an agreement on the dam in the coming months, the Egyptian statement added.

Ethiopia’s Minister of Water, Irrigation and Energy Sileshi Bekele said, during a symposium on the GERD on Friday in the Ethiopian capital, Addis Ababa, that 79% of the dam’s overall construction has been completed so far.

Ethiopia is proceeding with the second filling of its controversial dam on the River Nile, and will not extend the waiting period for any reason.

The symposium’s objective was to explore the current status of the dam and the ongoing trilateral negotiations between Ethiopia, Egypt, and Sudan.

Bekele added that his country “negotiates for the equitable share and reasonable utilisation of the Nile River without causing significant harm on the downstream countries”.