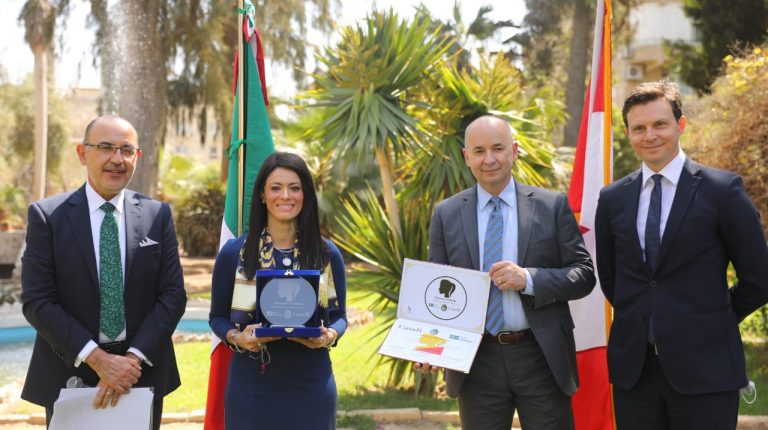 Egypt’s Minister of International Cooperation Rania Al-Mashat received, on Thursday, the “Champions of Change” Award during a joint ceremony organised by the Embassies of Mexico, Canada, and Sweden in Cairo.

As part of the International Women’s Day and the Egyptian Women’s Day, the celebration took place at the Mexican Ambassador’s residence, to honour Egyptian women who are pioneers of change in various fields.

After receiving the award, Minister Al-Mashat shared her pleasure for being honoured among many of the women who are excelling, and who are “pioneers of change” in Egypt.

She also referred to the vital role that women play in the country’s development. This includes the challenging, but great responsibility, of raising new generations while carrying out their jobs across various sectors of the state.

Through effective development cooperation, alongside multilateral and bilateral development partners, including Mexico, Canada, and Sweden, Egypt can achieve sustainable and inclusive economic growth.