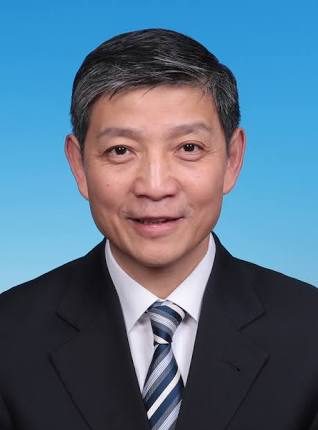 The year 2020 has just passed, and was a year of watershed significance in the course of human history.

In the history of friendly exchanges between the two ancient civilisations of China and Egypt, it is also a special year for new achievements and new glories.

This year, China and Egypt joined hands to fight the pandemic together. After the outbreak in China, President Al-Sisi immediately sent a message of condolences to President Xi Jinping and sent supplies to combat the virus.

Egypt’s Minister of Health and Population of Egypt, Hala Zayed, visited China with the second batch of medical supplies as the special envoy of President Al-Sisi. The Chinese side has made good contributions and provided four batches of government aid materials to Egypt, to actively build a China-Egypt health community.

This year, China-Egypt cooperation rose against the trend, and cooperation in various fields achieved gratifying achievements.

The “Belt and Road” initiative deeply connects with Egypt’s “2030 Vision”. Chinese enterprises coordinated the fight against the pandemic and production, and made every effort to promote cooperation on various major projects.

The two countries have carried out in-depth cooperation in the field of archaeology. China and Egypt signed an agreement to incorporate Chinese language teaching into the Egyptian primary and secondary education system, and two Egyptian Luban workshops were officially completed.

This year, the friendship between the Chinese and Egyptian peoples has grown deeper. The pandemic has not interrupted the brotherhood between the two peoples, and many activities have been moved from offline to online.

Cloud classrooms, cloud exhibitions, cloud cuisines, cloud performances, cloud lectures, the “five clouds” are blooming, and the two civilisations of China and Egypt blend and learn from each other, and the friendship between China and Egypt has become more popular.

President Xi Jinping spoke and exchanged letters with many Arab heads of state, providing strategic guidance for the development of China-Arab relations. In the face of the pandemic, China and Arab countries have created examples of cooperation in materials mutual assistance, experience sharing, and vaccine research and development.

China and the Middle East firmly support each other in safeguarding each other’s core interests and major concerns, and mutually beneficial and win-win cooperation is progressing steadily.

At the ninth Ministerial Meeting of the China-Arab Cooperation Forum, the two sides agreed to convene a China-Arab summit and jointly announced that they would work together to build a China-Arab community of shared future for the new era.

The year 2021 marks the 100th anniversary of the founding of the Communist Party of China, and the first year of the “14th Five-Year Plan”.

China and Egypt will jointly celebrate the 65th anniversary of the establishment of diplomatic relations. China and Egypt are good brothers in fighting the pandemic, good partners in resuming work and production, and fellow travellers in national rejuvenation.

China is willing to work with Egypt to implement the important consensus reached by the leaders of the two countries, to promote the construction of a China-Egypt community of shared futures.

This will also work towards constructing a joint China-Egypt health community, and interpret the profound connotation of the China-Egypt community of a shared future with fruitful cooperation results.

China is also willing to work with Arab countries to strengthen high-level exchanges, steadily promote the resumption of work and production, and jointly build the “Belt and Road” cooperation.

This will also see the implementation of more projects that benefit people’s livelihoods, and build the foundation of China-Arab friendship, whilst striving to build a China-Arab community of shared future. The community with a shared future for mankind has made new and greater contributions and jointly opened a new chapter of win-win cooperation.

Opinion| What should be our priorities now and over the next 15 years?