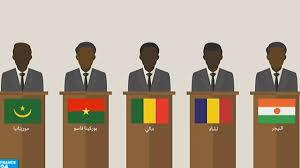 The Coalition for the Sahel has adopted a special road map to combat terrorism in the five Sahel states, namely Mauritania, Mali, Burkina Faso, Niger, and Chad.

The second ministerial meeting of the Coalition for the Sahel took place virtually on Friday, and was attended by Ambassador Hamdy Sanad Loza, Egypt’s Deputy Minister of Foreign Affairs for African Affairs.

The road map, which was discussed during the meeting, aims at combating terrorism by strengthening the military capabilities of national armies and the joint force, and strengthening the presence of state agencies on all their territories.

In his speech, the Ambassador Loza stressed Egypt’s continued support for the Sahel region countries at the bilateral level and in regional frameworks.

He said that Egypt was keen to include the issues of the Sahel countries within a special session of the Aswan Forum, which was held between 1-5 March this year.

The Ambassador also said that the conclusions and recommendations of this session will be delivered to the Coalition secretariat in the coming days.