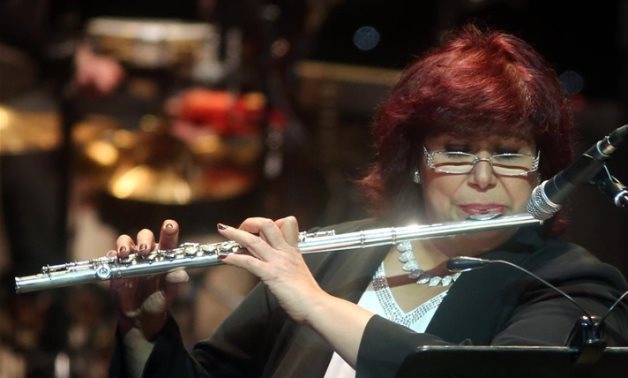 Egypt’s Minister of Culture Inas Abdel Dayem has dedicated her recent performance with the Cairo Symphony Orchestra to the Egyptian woman.

The dedication comes as the country marked Egyptian Women’s Day, which coincides with the celebrations for Mother’s Day.

In a different context, an artistic evening by Maestro Magdy Baghdadi accompanied by his band, the Baghdadi Big Band, presented at the Cairo Opera House’s Grand Theater on 20 March.

The concert’s programme included a selection of the most famous works of jazz music, and came as part of the efforts to develop the Cairo Symphony Orchestra.

The 16 March was chosen as the Egyptian Women’s Day to celebrate late activist Huda Shaarawy and 300 other women who took to the streets in the first mass demonstration against British colonialism during the 1919 Revolution.

On that day in 1919, British soldiers killed six Egyptian women who protested the British occupation. On 16 March 1923, Shaarawy formed the first ever federation for women, which called for social and political equality. Also on 16 March 1956, Egyptian women were given the right to vote and run for elections.