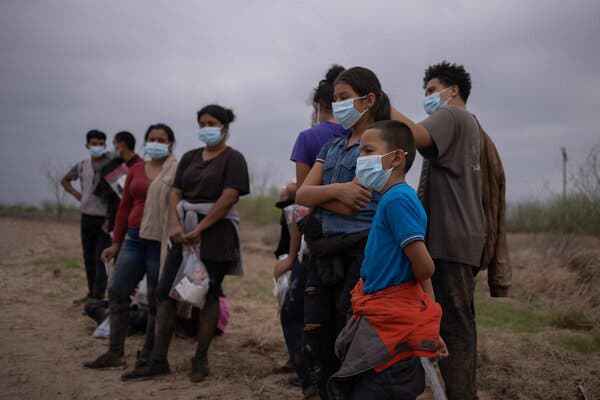 A few days ago, the International Organisation for Migration (IOM) welcomed the steps taken by US President Joe Biden, who signed three executive orders related to immigration.

The orders would “cancel [former President Donald] Trump’s erroneous policies”, and erase the “moral and national stigma” inherited from the previous administration, as described by the US president.

One of the decisions relates to the formation of working groups to reunite children who have been separated from their parents in previous years. The Biden administration has also made commitments to address the root causes of irregular migration and emigration, and to promote regular paths of immigration to the US.

In a statement, the IOM praised these steps, which “will provide a framework for expanding refugee resettlement, asylum and protection mechanisms in North and Central America”.

Although Biden’s decisions have been met with a great welcome from international organisations, the Biden-Harris administration’s task for comprehensive reform of immigration laws will certainly not be easy. It may also seriously affect the popularity of this administration as well.

In fact, immigration is on the list of contentious issues around which Americans are deeply divided, so that the issue of immigration was one of the main factors that Trump relied on in his election campaign. As part of this, he worked to polarise public opinion on reducing immigration in general, and to take a firm stance on unauthorised foreigners in particular.

Although the US has long been considered a nation of immigrants, attitudes toward immigrants have fluctuated between welcome and exclusion over the years. There has always been something about the “other” or the immigrants [the colour of their skin, their religion, their language, their culture, or their beliefs].

If you look back over the past 200 years, immigration has always been opposed to economic and cultural reasons. Some people want to limit immigration to protect American jobs, while others oppose it to protect their vision of a homogeneous cultural identity.

Such arguments were politically influential, even when they were racist and were not supported by much evidence. Therefore, throughout the US’ history, immigration policy has been swayed back and forth by nationalists, religious populists, and business interests who favour increased immigration as a positive for America’s economic competitiveness.

During the past decades, there were many attempts by many former presidents to comprehensively reform immigrant laws, but they usually failed due to opposition from Republican members of Congress. As a result, only partial reform or legalisation of the situation was approved without a comprehensive reform plan.

For example, in 2006 the Senate introduced a comprehensive immigration reform bill, S. 2611. This bill adopted a stepwise approach to legalising unauthorised immigrants, dividing unauthorised foreigners into three groups based on the length of time they had spent in the US.

Under the bill, unauthorised foreigners who have been in the country for at least five years could become “probation immigrants” by meeting certain conditions, and would be eligible for a regular immigrant visa after another six years of working in the US and paying taxes.

This bill also introduced a special, large-scale “guest worker” programme so that employers in any US industry could “certify” that they needed to employ immigrants. Any foreigner outside the US with a job offer from this employer could pay $500, and obtain a permit to work for six years.

Guest workers can also change jobs if they receive an offer from another employer who has completed the certification process. President George W. Bush strongly supported this bill, but the Republicans in the House of Representatives did not, and the bill was eliminated. A similar project was also presented in 2007 with some modifications, but it was not approved either.

Also in 2010, there were clear efforts by then-President Barack Obama to find a comprehensive reform of the immigrant law. The increase in the influence of the Republican members led to limiting the matter to some partial reforms that did not satisfy the supporters of the comprehensive reform approach among the Democrats in Congress.

What is new today in the issue of immigration is that it has become a concern of both Republicans and Democrats, and this makes it more difficult for the Biden administration. On the one hand, some Republicans argue that the immigration policies pursued by the President may have major repercussions on national security, describing the current period as a critical time and that insecurity at the borders is a great way for terrorists to enter the country.

On the other hand, the Democrats believe that new policies may lead to the spread of the novel coronavirus (COVID-19) pandemic more ferocious than it is. It seems that President Biden’s immigration policies that seek to revive the original national values ​​and principles on which the US was founded and that would actually make America a “great nation” once again may face strong opposition from all civil and political circles under the current economic, political and health challenges.

Dr Marwa El-Shinawy, PhD in American Theatre, and member of the Higher Committee for the Cairo International Festival for Contemporary and Experimental Theatre (CIFCET)