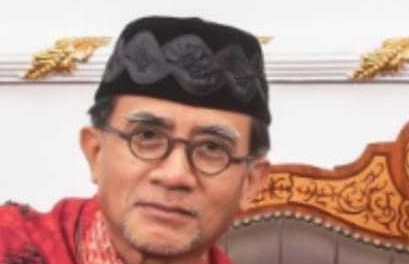 Today’s world has been humbled by the novel coronavirus (COVID-19) pandemic, and in less than a year, the virus has transformed the way people live, work, and interact.

Governments around the world are being put to test in mitigating the impact of the pandemic towards people’s health and their socio-economic lives.

Our world is experiencing economic and per capita output decline, surging unemployment and poverty, as well as trade disruption. It is now the deepest world’s recession since World War II, according to the World Bank and the International Monetary Fund (IMF).

However, we should always try to see the silver lining behind all this havoc. While it is true that the virus has posed an unprecedented challenge to humankind, it also has opened plenty of new opportunities, particularly when we speak about diplomacy.

In my humble observation, there are three new normalities that have taken place within the realm of diplomacy throughout last year and perhaps would stay a bit longer.

First, digitalisation. It is no secret that the world has been heading towards this direction even before the pandemic. Yet, COVID-19 has accelerated the pace of such transformation.

Offline meetings are replaced by online ones. Leaders, ministers, and officials are taking the virtue of information technology to meet their counterparts more frequently. And to put everything into frame, last year was the first time that the UN convened its Session of General Assembly without the actual presence of world leaders in New York.

Second, proliferation, as in the increasing presence of non-governmental actors and non-traditional issues. Prior to the emergence of COVID-19, health security was treated as a second-string issue compared to others, such as economic, trade and investment.

Since then, though, the discussion on health issues has occupied the attention of many forums as people try to find solutions to a myriad of problems due to the virus. Such development is also linear with the eminence of more actors in affecting policy making, most notably people from health sectors.

Furthermore, the public also becoming more interested in health issues as they recognise how severe the impact of COVID-19 is on their daily lives. With all these, the pandemic gives $an invaluable lesson that global cooperation is a must.

Governments have to perform their duties to domestically come up with programs in limiting the damage of the virus and simultaneously collaborate with other countries through the global platform.

The third change is prioritisation. With many countries facing budget cutting, foreign policy makers must be creative in allocating necessary resources in achieving their interests. Such optimisation would be a new norm until countries are fully recovered from the economic downturn.

Egypt-Indonesia cooperation in the post-COVID-19 era

Now that I have generally mentioned the setting of today’s world, one important question remains: how Indonesia-Egypt bilateral relations could thrive in such a situation?

To start with, Egypt has a special place in the heart of every Indonesian. In 1946, Egypt was the first Arab country that recognised Indonesia’s independence a year prior. Both countries were at the centre of the world stage during the convening of the 1955 Asian-African Conference in Bandung, which paved the way for the birth of the Non-Aligned Movement in 1963.

Indonesia and Egypt have always been a loyal partner to each other. Thus, we need to further explore the opportunities and respond to our common challenges for the mutual benefit of our people.

Just to name a few, we are grateful that Egypt is currently hosting more than 10,000 Indonesian students in Al-Azhar University, mostly majoring in Islamic studies. This makes Al-Azhar more than just a mere educational institution: it is a beacon of spreading the teaching and the values of Islam wasathiyah. This value is indeed compatible with Indonesian diversity as the largest Moslem population in the world.

On the economic front, Egypt serves as the trade hub for Indonesian products in the Middle East and Northern African region. This is reflected in the trade volume of the two countries that has reached $1.18bn for the period of January – December 2020 (including $1.05bn of Indonesia’s export). The top products of Indonesian exports to Egypt, among others, are palm oil, coffee, yarn, and tires.

In terms of investment, Indonesia is ranked 55th with the total amount of $111.6m. That number is composed of 22 Indonesian projects in the fields of industry, construction, services, communication and information technology.

Indonesia has also become a big destination of Egyptian investors. For the period from 2013 to 2019, Egypt has invested around $5.23m in 67 projects. In 2020, while other countries are hit with the pandemic, Egypt’s investment in Indonesia spiked up 166%.

All those achievements reflect the close relations of the two countries, despite the fact that we are still struggling to overcome this global pandemic. I believe there is more potential cooperation to be explored in the future for the prosperity of our peoples.

On the bilateral level, we could deepen the economic cooperation, especially to bounce back from the slump due to the pandemic. That Egypt’s economy still maintained positive growth last year might serve as a model for other economies, including Indonesia. In addition, the micro, small, medium enterprise (MSME) sector has enormous potential to offer, especially given the opportunity prompted by the digital economy.

However, this opportunity should go hand-in-hand with the global cooperation in mitigating the impact of the pandemic or what I call the “vaccine diplomacy”.

Through multilateral platforms, Indonesia continues its effort in ensuring the equitable access, transparent and inclusive allocation and distribution of COVID-19 vaccines through COVAC-AMC mechanism for all the 92 countries.

In this regard, Indonesia highly appreciates the continued support from Egypt, which is also a member state of the group, towards Indonesia’s election as the co-chair of the COVAC-AMC Engagement Group. This undertaking is very important in making sure that all countries, especially the developing ones, have fair access to vaccines so that all countries can recover stronger if we are committed to work together.

Let us recover together, recover stronger, through collective global leadership.

The views expressed are his own.

Opinion| How will Egypt remain functional after 15 years after achieving digital transformation?

Globalink | Indonesia approves use of Chinese COVID-19 vaccine for elderly