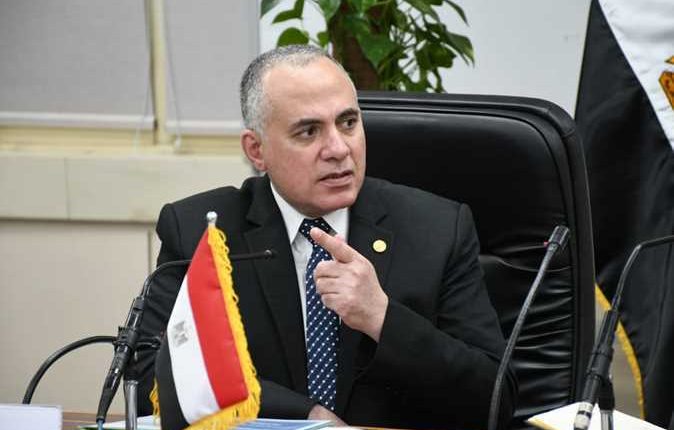 Egypt’s Minister of Water Resources and Irrigation Mohamed Abdel Aaty has said the controversial Ethiopian dam and its impact on River Nile has been one of the major challenges that currently facing Egypt.

In comments at World Water Day celebrations, Abdel Aaty said that the issue of water poses many challenges, whether at the global or local levels. It has the potential to be affected by climate change, population increase, development work, and the resulting increase in water demand.

He added that unilateral measures taken by Ethiopia with regard to the filling and operation of the Grand Ethiopian Renaissance Dam (GERD) will cause negative repercussions that Egypt would never accept.

The Minister said that these challenges require strenuous efforts to deal with them, whether at the social level through citizen awareness of the importance of preserving water, or at the governmental level through the implementation of many major water projects.

Abdel Aaty said that another aspect for preserving water is through the legislative development represented in the new draft law on water resources and irrigation. This was recently submitted to the House of Representatives by the Ministry of Water Resources and Irrigation for its approval.

The law is currently being discussed by the House of Representatives, and aims to improve the process of developing and managing water resources and achieving fair distribution to all uses and beneficiaries.

It also looks to protect water resources and the waterways network from all forms of encroachment.

World Water Day is a United Nations (UN) day of observance held on 22 March every year that highlights the importance of freshwater. The day is used to advocate for the sustainable management of freshwater resources, with this year’s theme being ‘valuing water’.