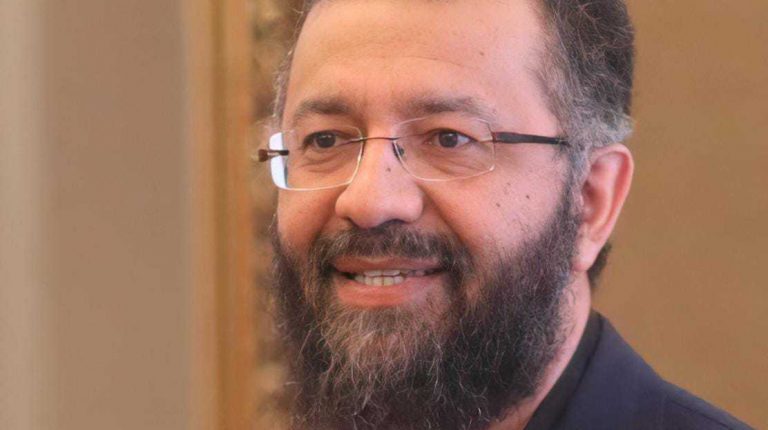 By the time this article is published, the world will have spent an entire year under a crisis unprecedented in its size, as well as the various extensions of its effects.

If the world has become accustomed to crises throughout its history, the real difference with this one is that it has afflicted various parts of the world and all its countries without any exception.

To the contrary, perhaps the human losses and the economic negative impacts on many rich and developed countries are rather the same, or even greater, than those of the least developed countries throughout the world, which represents an unprecedented situation.

That is because the wealth and progress of countries has often been the reason for mitigating the effects of global crises on these countries, just as the poverty of other countries and their delay in the standards of progress has often exacerbated their pains arising from global crises.

However, this crisis, despite the bitterness of its pain and its continuation, has revealed to us many very important lessons, and all of these lessons are in dire need for an in-depth studies to achieve the optimum benefit from them. This benefit, if achieved, will actually represent a new stage in human life on this unique planet.

It is a stage from which humans emerge with many positives that were buried in our lives, under the rapid pace of life and the pursuit of quantitative achievements, our ability to contemplate and think weakens, and the time devoted to review and evaluation decreases.

As a result, this crisis represents an opportunity that may not be repeated to review and evaluate our situation – as human beings – at various levels and fronts. This will benefit us provided that these review and evaluation processes are honest and transparent aiming to come out with specific and practical results rather than loose recommendations.

One of the major achievements made during the 20th Century, which deserves to be preserved in every possible way, is to work on developing it and further activating its role: the system of international institutions that are spread all over the world and cover various fields and disciplines: political, economic, social, artistic, sports and cultural, and the like.

These international institutions – foremost among which are the emerging institutions that meant to serve our region – are common acquisitions for all of us. They are not owned by a specific country and should not work for the benefit of a particular country. Rather, they should always be directed and led to achieve the goals for which they were established, which are always the goals stipulated at the preamble of the statute of each of these organisations.

This assures us that the existence of these institutions – theoretically at least – is better than their absence, so why not focus on supporting, developing and activating their role as long as their stated goals are agreed upon by all of their members?

The coronavirus pandemic is an important example of the role that these organisations can play, especially to serve the least developed countries in the world. This is because the health systems of these countries, their infrastructure, and their preparations for facing disasters and crises are almost negligible, and many of them have been settled by epidemics and diseases that have disappeared from most countries of the world.

If this was its condition before the coronavirus pandemic, how would it be during a crisis in which various countries of the world entered into a curfew imposed by each country on its own will? And where does it have the capacity or the ability to conduct tests and examinations for its people?

How will you be able to provide treatment to the infected? And hospitalisation of those who need to be admitted in intensive care units? How will these countries be able to cope with the economic shock arising from the decline in commercial and transport mobility, which are already of poor economic performance? Who will plan for such countries for the post-pandemic phase, many of which suffer from instability, poor performance of government agencies, and the absence of civil society institutions?

Only these international organisations can fill this huge void that dozens of countries in the world suffer from. This is one of the most important roles that these organisations can play, but it is certainly not the only role for them.

These organisations can play another role – no less important than the first role – which is to be a common platform for meeting, understanding, dialogue and planning on common issues and common challenges among member states, in order to unify efforts, exchange visions and provide resources, and this is what represents action collectively, it will bring about shared benefit to everyone without discrimination or prejudice.

I have no doubt whatsoever that the ability of regional and international organisations to manage joint projects is a distinct ability. What member states will save in the cost of managing these projects and the return from this management is one of the most important successes that the member states will obtain in each organisation. This can be compared to the result if each country planned single-handedly, managed alone, and single-handedly provided resources.

In order not to elaborate at length on the major positive roles that these organisations can play, and which have been revealed by the current pandemic, let me turn to another aspect of the matter before I am accused of being unrealistic or a dreamer!

With my assertion on these multiple levels of the importance of international organisations, I strongly believe in the need for these organisations to develop themselves in order to be able to realize the dreams of their members and peoples. Rather, I confirm – from personal experience – that the challenges of managing any international organisation far outweigh the management of similar national institutions for reasons that are not hidden to anyone.

This means that the cause of the success or failure of an organisation is often due to leadership reasons. If the leadership is concerned with procedures, hierarchy, writing reports and following up meetings, the result is known, and if the focus of the leadership is on building the organisation’s capabilities and activating projects that serve the members.

The result is also known, and then the complaints will diminish from the members’ lack of support and the failure of many of them to abide by their various obligations – especially financial ones – towards the organisation.

Prior to this, there should be sufficient time spent to choose the best competencies to run for the leadership of the organisation and fill the leadership positions in it.

Often times the members are interested in the nationalities of the candidates weakening their interest in the competence of the candidates, and the sure result is weak leadership, and thus poor achievement.

As a result, we reach the guaranteed result: loss of confidence in the organisation, and the continued blame for the poor performance. There is also the failure of the general assembly of the organisation to play its most important role, which is to elect and appoint the best competencies to lead the organisation.

Finally: Our young societies, countries full of natural resources, and the opportunities are available in abundance to achieve a better future: all this invites us to play a greater and more effective role to positively influence the various organisations to which we belong, and enable them to serve our societies and achieve their desired goals.

The (post-pandemic) phase requires from these organisations’ creative plans and a dynamic team capable of keeping pace with the transformation that is taking place in our societies that will never return to what it was.