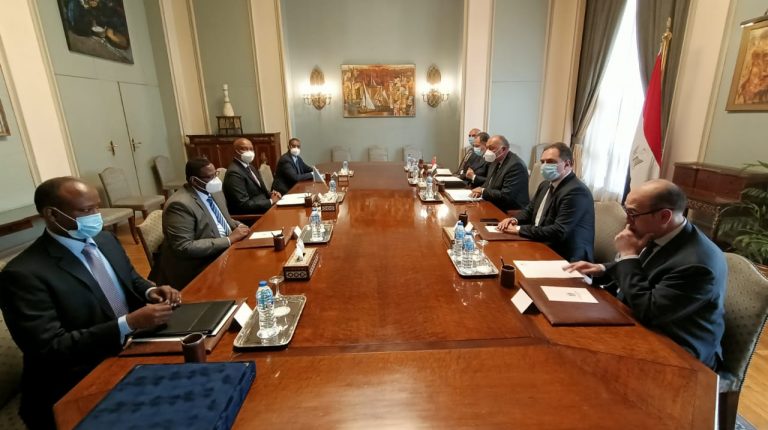 Egypt’s Minister of Foreign Affairs Sameh Shoukry received a high-level delegation from Somalia, on Monday, as part of their current visit to Cairo.

Ahmed Hafez, spokesperson for Egypt’s Ministry of Foreign Affairs, said that the meeting dealt with efforts to develop bilateral cooperation between the two countries in various fields, in a way that achieves their common interests.

The meeting dealt with the Egyptian affirmation of interest in achieving peace and stability in brotherly Somalia.

In this regard, Egypt called on all Somali parties to continue dialogue, in order to work on holding free and fair elections at a time agreed upon by the Somalis themselves.

Hafez added that the meeting also touched on various developments in the Horn of Africa, taking into account the strategic importance of this region and its vital link with Egyptian interests,

He indicated that Egypt is keen to follow up these developments to support all efforts aimed at strengthening stability in the Horn of Africa. This should take place in a way that enhances regional and continental peace and security.