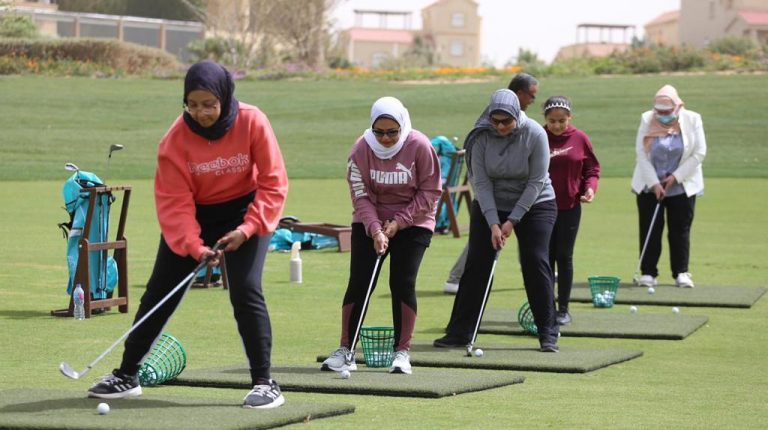 The Madinaty Golf Club organised an event devoted to the education and training for women’s golf, named Tournaments & Girls Go Golf Day, which is held regularly on the last Wednesday of every month.

The one-day event began with a lecture on nutrition for golf players, and food and drinks that are beneficial or harmful to the human body in general, and athletes in particular.

After that, the participants went to the golf club of Madinaty, and received an explanation of how to play the game, and received practical training in the rules of the game for beginners.

A training competition took place, in which Patrice van Leiden won first place, while Sophie Issa won second place, and prizes were provided to the winners.

Mohamed Atallah, the representative of the club’s owner, Talaat Mustafa Group, said that organising this event aims to spread the golf sport, especially among women, as they can transfer the game to other family members.

He added that practicing sports in general gives self-confidence, and there must be an increase in competitiveness and the spread of sport through women.

He added that the organization of this day is developing and witnessing a good turnout, so the beginning was with the presence of 12 participants, and the number reached 40 today.

Atallah revealed many events will be hosted at the Madinaty Golf Club in the coming period, including the Republic Championship, which is the oldest in the African continent, which will be held from 1 to 3 April, with the participation of the best players in Egypt, and players from Tunisia and Bahrain.

He pointed out that organizing this championship at the Madinaty Golf Club for the first time is a great honour, given the historical importance of the tournament that began in 1921.

Talaat Moustafa Group to hold marathon in Madinaty on Friday