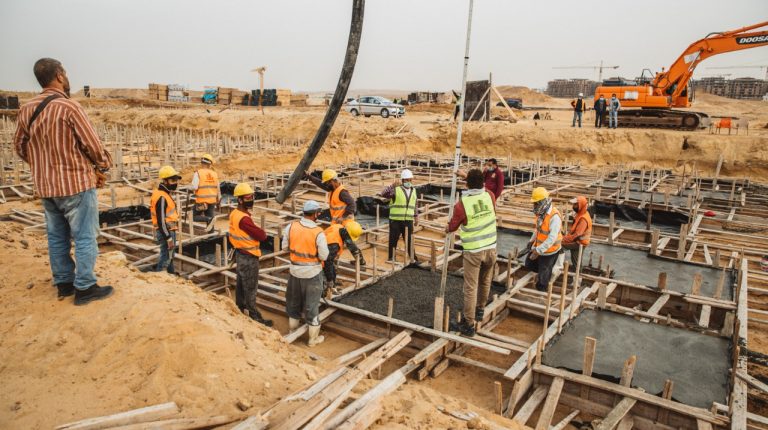 Egyptian real estate developer The MarQ Developments is preparing to launch an integrated urban project in New Cairo with investments worth EGP 5bn.

Badr said that the new project’s expected sales exceed EGP 8bn, adding that the company plans to direct EGP 700m in investments in its projects until 2023.

He further noted that his company is studying the development of a new coastal project in Ain Sokhna during the current year.

Badr noted that the company has decided, since its entry into the real estate development sector, to offer a different product commensurate with the customer’s targeted purchasing power. This achieves an addition to Egypt’s real estate market in light of competition in the sector.

Additionally, The MarQ Developments has achieved contractual sales valued at EGP 2bn with its The MarQ project in New Cairo, he said.

Badr disclosed that the company began the project construction works and assigned these works to Good Shepherd for Construction.

He highlighted that the company has contracted with BMB Group for services and project management to take over all phases of the project, from design to completion and delivery of the entire project.

Badr noted that the company had contracted with the engineering consultant office Hany Saad Innovations to design The MarQ’s villas and fence on a special and distinguished style.

He revealed that the company is negotiating with an international hotel chain to manage and operate the project, which will be announced after contracting in the coming period.

The MarQ project is developed in partnership between The Address Developments and a group of local and Saudi investors.

Spanning over ​​26 feddan, The MarQ comprises 300 fully finished villas with various areas, bedside, recreational and service activities, green spaces and landscapes. The project is scheduled to be completed in 2023.

The MarQ Developments’ expansion plan aims to develop a new urban project in New Cairo, with investments valued at EGP 5bn and expected contractual sales of EGP 8bn. The project is scheduled to be launched in the current year according to the company’s strategy, Badr disclosed.

“Furthermore, the company has acquired 80-feddans plot of land in New Cairo, and it is planned to prepare engineering designs for the project,” Badr said, “The project will consist of stand-alone villas with hotel services. Over and above, the company aims to develop another urban project in Mostakbal City, close to the New Administrative Capital (NAC), as part of its expansion plan in east Cairo, especially that this area is well received by investors and major real estate development companies. In addition, it is expected that it will see strong competition during the coming period in terms of the entry of new developers.”

Badr went on, “We plan to develop a project in Ain Sokhna area within our expansion plan in real estate market in2021. Additionally, the company aims to develop a different tourism project in North Coast region in the next year and compares between more than one sites to choose the land of the project, and we project to decide on the plot of land within the current year.”

He announced that the company is considering investing in the NAC, as it is witnessing a boom in sales and has an integrated infrastructure and technology. The project also offers competitive advantages, meaning the company has decided to begin developing a new project in the New Capital in 2022.

Badr believes that the competition between East Cairo, especially in the New Administrative Capital and New Cairo, is strong and in the interest of customer, and that he is the first beneficiary of that competition in terms of quality of real estate product and payment mechanisms.

The MarQ Developments aims to direct investments worth EGP 3bn over the next 3 years in Egypt’s real estate market.

Regarding west Cairo, the company aims to acquire a 100-feddan plot of land for the development of an integrated urban project under the partnership system. The company differentiates between more than one area, whether in New Zayed City or 6thof October, he said.

He expects that prices will see successive increases, starting from the third quarter, as a result of the rise in steel prices.

The Address to launch new project in Sheikh Zayed 3Q2020