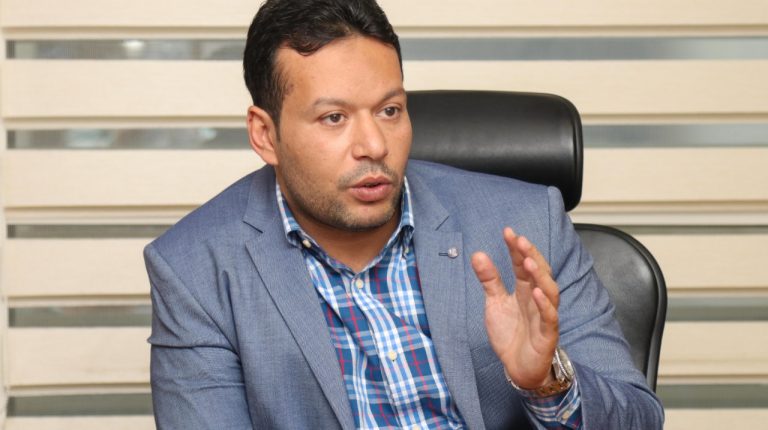 Edge Holding intends to start procedures to enlist on the Egyptian Exchange (EGX) in 2022, according to the company’s Chairperson Hazem Al-Sharif.

The company also revealed that it has invested a total of EGP 9bn in its projects at the New Administrative Capital (NAC), and plans to grow those investments to EGP 25bn over the next three years.

Meanwhile, Edge Holding aims to securitise a portfolio of instalments worth EGP 1bn next year, with the aim of directing it to invest in new projects in the real estate market. It also aims to develop a new tourism project that will be added to the company’s portfolio of projects on the North Coast during the current year.

Al-Sharif said that the company has started the procedures for studying the offering of shares on the stock exchange. As part of this, it has contracted with an accounting firm to study the requirements for the offering and determine the mount of shares to be offered.

This comes particularly since Edge Holding is one of the first real estate companies that will start delivering its projects at the NAC.

Edge Holding is a joint Saudi-Egyptian investment, and has succeeded in bringing its total investment at the NAC to EGP 9bn within 4 years. It aims to reach a total of EGP 25bn over the next three years.

Al-Sharif said that the company paid EGP 700m for the value of land instalments, which amount to EGP 900m. A final instalment of the land price remains outstanding and will be paid on time, with Al-Sharif noting that the company, despite the novel coronavirus (COVID-19) pandemic, did not postpone the payment of instalments.

He added that Edge Holding owns ready-made units worth EGP 1bn in its OIA residential project at the NAC, and plans to securitise that portfolio as part of the company’s financing programmes next year.

Al-Sharif pointed out that the company is targeting sales of EGP 1bn during the current year from selling 15% of the project’s commercial and administrative part as well as ready-made housing units. This means that the total sales in the OIA residential project will reach EGP 3.5bn.

The OIA project is being constructed on an area of ​​30 feddan, and includes 1,350 semi-finished apartments and duplexes. Areas for apartments range between 123 and 270 sqm, and between 270 and 360 sqm for duplexes. The units are marketed with a 10% advance payment system, with the rest to be paid in instalments over a period of eight years.

Al-Sharif added that the company is developing the 300 unit O HUB commercial mall within the project, built on 13,000 sqm and includes various activities. The company maintains ownership of 85% of the project which it is set to lease, while it is offering 15% in administrative and medical units for sale.

He also said that Edge Holding’s the latest project at the NAC is OIA Towers, to which the company has allocated EGP 600m in new investments that will be pumped into the project during 2021.

The company has completed marketing for 40% of the total units, with a value of EGP 1.5bn, and aims to complete the marketing of 60% of the project by the end of 2021.

Al-Sharif added that the company is a comparison between the three largest international and local engineering consultancy offices to take on the duties of a general consultant for the project. The choice between engineering offices will be decided during the first half (H1) of 2021.

Edge Holding has contracted with the Yasser Al Beltagy (YBA) Company for Engineering Consulting to prepare the special designs and drawings for the OIA Towers, which consists of 25 floors and which will receive investments of EGP 4bn. The implementation of the project is scheduled to start in H2 of this year.

Al-Sharif pointed out that the company is preparing a limited tender among the largest contracting companies specialised in constructing residential towers, in order to select the project contractor.

The selection will be decided, and the tender will be awarded during H1 of 2021, for the company to start implementing the project.

OIA Towers includes hotel apartments of various sizes, administrative and commercial units, medical clinics and a range of services. The project is located in the Downtown area of ​​the Administrative Capital.

Al-Sharif indicated that the company is close to contracting with a major hotel management company, who will take over managing and operating the hotel part of OIA Towers. Further details of the contract will be announced during the coming period.

He also announced the establishment of the Edge Contract, the contracting arm of the company, to implement its projects after its expansion in the market to enter under the umbrella of Edge Holding.

The company will implement the new projects to expand in the real estate market, whether in the NAC, on the North Coast, or other areas.

Al-Sharif pointed out that despite the challenges faced by the real estate sector faced due to the novel coronavirus (COVID-19) crisis, and the precautionary measures at construction sites, the company succeeded in accelerating the implementation rates of its projects.

This means it has now reached the implementation of 180,000 sqm of concrete in its OIA residential project during that difficult period.

Al-Sharif added that the company’s offer plan is commensurate with the conditions in the market, according to studies prepared for expansion and achieving advanced implementation rates in its existing projects.

The company entered into negotiations with the New Urban Communities Authority (NUCA) to purchase 100 feddan on the North Coast to develop a tourism project this year.

Al-Sharif added that New Cairo is among the company’s priorities during the coming period, with administrative and commercial projects set to be established, which are still popular on the market.

He said that the Administrative Capital for Urban Development (ACUD) has worked professionally in light of the market conditions which have affected real estate development companies in the NAC during the pandemic.

The company has provided a package of incentives and facilities for developers to overcome the crisis, in addition to dealing with each developer according to the challenges they face.

The state has also provided a good investment climate with the aim of attracting new investments into the capital.

He expected real estate prices to rise by 25% in the NAC with the start of actual operation, which was announced by the government during the current year. This is likely to be supported by the high rates of domestic and foreign investment inflows in the project, during the recent period.

Al-Sharif believes that it is necessary for real estate developers to study products in the market, as well as the real operational cost of construction projects before starting the offering and announcement of the project.

He said that the company is studying how to benefit from the real estate financing initiative recently proposed by President Abdel Fattah Al-Sisi, with an interest of 3% for a period of 30 years. This has gained particular traction, especially as the first project in the NAC will be ready for delivery by the end of this year.

Al-Sharif stressed the importance of spreading the culture of real estate financing among citizens, especially the advantages that the initiative enjoys.

This includes the extended payment period and the lowest return price, allowing citizens to own a residential unit at a price equivalent to a rental value.

He said that the initiative represents a shift in the real estate sector and an opportunity to find a new segment of customers and companies, explaining that the initiative will push companies to amend the business model to allow construction first and then selling as is the case abroad.

The NAC will receive foreign investments from the Gulf Cooperation Council (GCC) region during the current year, Al-Sharif said. This will come in conjunction with the investors in those countries looking for real opportunities with an investment return, in light of the government providing the investment climate in this giant project.

Al-Sharif pointed out that the Egyptian leadership’s support for the NAC project has placed it in the ranks of important investment areas in the real estate market, in addition to the infrastructure and technology projects.

This has contributed to the acceleration of the development of that area and its transformation into an attraction for local and foreign capital.

He said that the NAC project has made a qualitative leap in Egypt’s real estate market, and that all industries related to this project have benefited from the building and construction sectors, facilities, infrastructure and communications.

Al-Sharif believes that the competition between real estate development companies at the NAC is healthy. It means that the customer is the one who benefits most, and who will obtain a real estate product suitable for different segments.

Competition must, however, be studied according to market mechanisms and controls, so that it does not turn into random speculation by the companies that entered the real estate market without studying the market.

Al-Sharif noted that the NAC has, within less than six years, succeeded in becoming the first investment destination in the Egyptian real estate market. It has pushed real estate development companies and investors to compete to establish their projects of various types.

He added that President Al-Sisi’s interest in the project gives it additional value, and that the real estate investor who studies the reality of the market will diversify his investment within this important project.