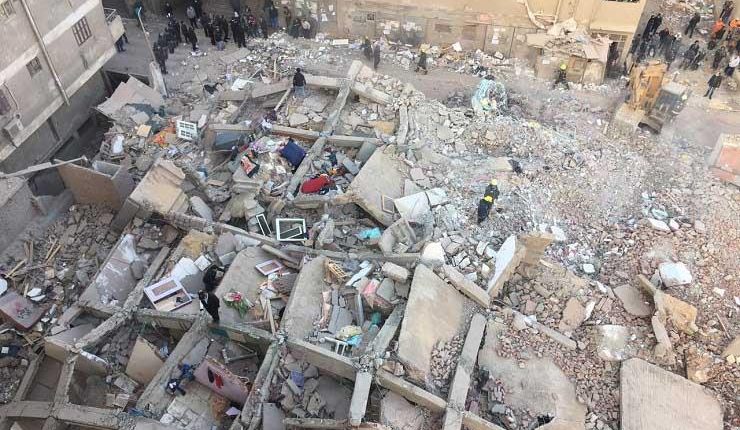 Egypt’s Public Prosecution opened an investigation, on Saturday, into a building collapse in the eastern Cairo district of Gesr El Suez.

Eyewitnesses said that the building’s basement had recently been used as a factory, and some modifications on the floor caused a deflection of the building, or that its angle shifted. The change in the building’s basic position meant that some residents left the property two days ago.

Meanwhile, Cairo Governor Khaled Abdel Aal formed an engineering committee to examine the properties adjacent to the collapsed building, to indicate the extent to which they may have been affected by the collapse.

He also ordered the removal of waste resulting from the incident, as soon as the Public Prosecution finishes the inspection.

In the meantime, security forces imposed a cordon at the building collapse site, to prevent people from reaching it, and to facilitate the removal of the rubble of the property, with a number of civil protection vehicles and ambulances nearby.

Furthermore, Emad Hammouda, head of the House of Representatives’ Housing Committee, said that Egypt’s civil engineering system suffers from a negative legacy over the past few decades, represented by slums, illegal construction, or poor planning.

He stated that a meeting will be held to discuss the causes of the building collapse, which is set to take place after investigations are completed. This comes in addition to forming a committee to inspect the location of the property, and whether the nearby properties were affected by this collapse or not.