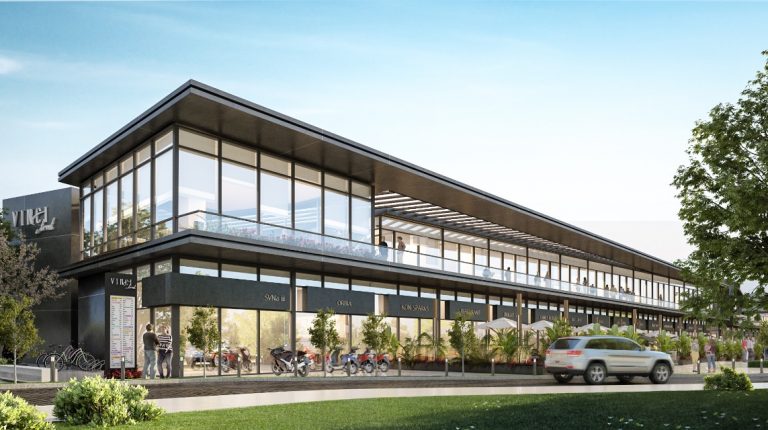 El-Assal added that the company’s plan for 2020 included achieving sales of EGP 4.5bn, which were adjusted to EGP 2.5bn as a result of the novel coronavirus (COVID-19) pandemic. The company achieved this target by the end of the year.

He noted that Misr Italia plans to direct investments valued at EGP 3.5bn in the current year, to speed up construction work for the company’s projects.

El-Assal added that these investments have been distributed over several projects, including: EGP 1.5bn for the IL Bosco project in the New Administrative Capital (NAC); and about EGP 700m for the Vinci New Capital project.

El-Assal said that the company is focusing on accelerating rates of implementation at its current projects and handing over a large number of units, rather than studying new investment opportunities. However, it is ready to consider distinguished and unique opportunities.

The Garden 8 Mall has experienced great demand by customers, and it is currently being operated. The development is a commercial mall in New Cairo that offers a new concept for shops, and is located on a leasable area of 22,000 sqm, El-Assal said.

He further explained that the first phase of the mall, representing about 70% of the project, has been fully leased, with 90% of the mall’s rent rate to be achieved by the end of the current year.

“The Cairo Business Park project is located in New Cairo on 90,000 sqm of offices in addition to 10,000 sqm of commercial space,” El-Assal said, “Misr Italia started handing over 20 buildings in the project in 2020, and there is a company that has already received its headquarters and has started its trial operation.”

He added, “In addition to this, we plan to operate our 135-rooms hotel inside the project, dubbed Hilton Garden Inn, within two years.”

Following the COVID-19 outbreak, the company was keen to meet the new demands of its clients, namely demand for small spaces. As a result, the company offered office spaces starting from 45 sqm, El-Assal said.

Furthermore, he stressed that Misr Italia Properties has provided all technology and security developments within the project.

El Assal revealed that the total investments have been directed to the Cairo Business Park so far amounted to EGP 1bn, out of a total of EGP1.5bn. Additionally, the company plans to invest EGP 500m in the project this year.

He added that the company had started withdrawing the first tranche worth EGP 100m out of a total loan worth EGP 650m dedicated to financing this project, and the rest would be withdrawn successively during the current year.

The IL Bosco project is situated in the NAC, he added, and includes 506 serviced and branded apartments within the Vertical Forest area which is comprised of three buildings. These will be run by a branded hotel operator, with the delivery of 200 villas and 500 apartments at the project expected to be delivered during the current year.

Moreover, Misr Italia Properties is developing Vinci, the company’s second project in the NAC. Vinci is comprised of branded residences, El-Assal said, adding that the first deliveries of the project will start at the beginning of 2023.

The Vinci compound encompasses 800 villas and 1,500 apartments, with the company currently constructing approximately 250 villas within the compound. Construction work are expected to begin on the compound’s buildings in the middle of 2021.

In early August 2019, Misr Italia Properties signed a cooperation agreement with Stefano Boeri Architetti, founder of the “Vertical Forest” concept. This agreement aims to establish the very first vertical forest in Egypt and the Middle East, which will be located in IL Bosco project in the heart of the NAC.

El-Assal explained that La Nuova Vista project spans over 40 feddans and includes 131 villas, with 80 villas delivered in the project so far. A total of 30 villas have been offered at the project so far, and the project additionally includes a tennis court, a mini golf course, and Garden 8 commercial mall.

Spanning over 32 feddans, Kai Sokhna project is the company’s project in Ain Sokhna and features about 330 units, besides the Hilton hotel with 211 rooms, and a boutique hotel that will be managed by a management company.

Over and above, operating the largest Kitesurfing centre inside Kai Sokhna project is underway and will be officially operated in May 2021 to be the biggest surfing centre in the region at about 1,600 sqm, El-Assal disclosed.

He announced that Misr Italia will showcase special offers on the company’s current projects during The Real Gate exhibition. Besides this, the company will showcase its latest and new product Vinci Street, for sale within the exhibition, which is comprised of 33,000 sqm of commercial, administrative, medical units.

The company intends to launch the second phase of IL Bosco City project in April, after modifying the project’s master plan using the largest consulting and engineering offices, including Stefano Boeri Architetti, he elaborated.

Regarding the possibility of the company contracting for commercial spaces in new areas in the NAC, El-Assal said that his company has commercial areas exceeding 120,000 sqm. These are located within its IL Bosco and Vinci projects, and therefore there is no need to contract new lands at the present time.

As for the company’s plans to obtain new loans, El-Assal commented that the company has contracted with several banks for a loan of EGP 650m that is being used. The target during the current year is to obtain financing estimated at EGP 800m to EGP 1bn, whether through direct loans, factoring, finance lease, or other financing mechanisms, he concluded.