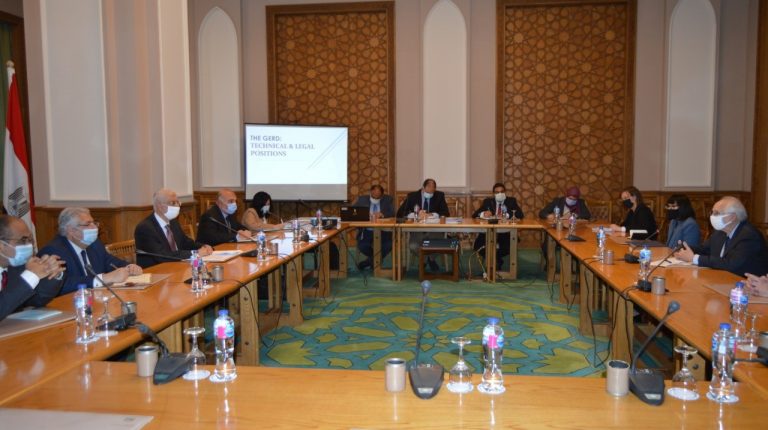 The two sides also discussed the ongoing efforts to re-launch negotiations to reach an agreement on filling and operating the massive Ethiopian dam.

The US envoy’s visit comes as part of his tour to the region that includes Egypt, Sudan, the African Union (AU) chair the Democratic Republic of the Congo (DRC), and Ethiopia. During his trip, Booth intends to consult on ways to advance the negotiating process in the controversial project.

Loza stressed the need to reach an agreement on filling and operating the dam as soon as possible, and before Ethiopia begins the implementation of the second phase of the filling.

This will ensure that Egypt and Sudan are not adversely affected by the filling process, particularly relating to water access.

He also reviewed the features of the Sudanese proposal, which is supported by Egypt and calls for the formation of an international mediation quartet led by the DRC. It also involves the US, the European Union (EU), the AU, and the United Nations (UN) as mediators between the three concerned countries.

Loza stressed the importance of the negotiations being both effective and serious, to maximise their chances of success. This would enable the three countries involved in the negotiations, namely Egypt, Sudan, and Ethiopia, to reach a fair, balanced and legally binding agreement that achieves their common interests and preserves Egypt’s rights and secures its water interests.