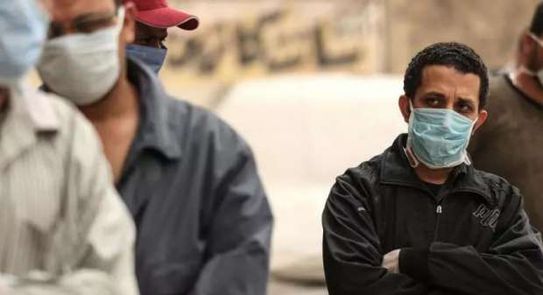 Moreover, household consumption of detergents and disinfectants increased to 90.7% in Q4 2020, compared to 72.5% in the comparison period, whilst Internet expenditures increased by 3%, according to the study.

CAPMAS reviewed the changes that occurred in the extent of family awareness regarding the virus’ symptoms and severity. It also looked at the pattern of consumption in Egyptian families of all non-food commodities, and the financial situation of the employed.

The study monitored the most important methods used by families to confront the pandemic and its impact on income, with the aim of showing the changes that occurred during this period.

The results of the study indicated that 13.5% of participating families suspected that one of their members had contracted the virus. Additionally, 65% of the families reported that a high temperature was the most important symptom of suspected infection, with 48% of the infections confirming it.

It also noted that household spending on transportation decreased to 6.1%, compared to 18.8% in the comparison period.

It also showed that there is a significant improvement in the status of the employed, as the percentage of those affected by the pandemic decreased to 26.9% compared to 54.9%.

Those most affected by the pandemic were literate employees, at 31.7%, whilst the least affected were postgraduates, at 20.3%.

As for the reasons that led to a decrease in the income of individuals during the global health crisis, 34.4% of participants attributed that to salary cuts, 32% ascribed it to full closure of activity, and 12.5% said the precautionary measures were to blame for the situation.