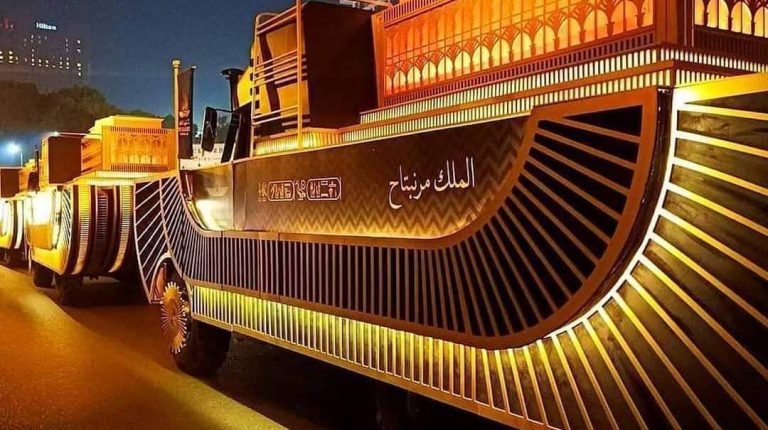 Zahi Hawass, the world renowned Egyptologist and Egypt’s former Minister of Antiquities, has said that the upcoming Royal Mummies Parade is the country’s biggest promotion.

He also said, “If we had paid billions of dollars, we would not have been able to promote Egypt in this way, especially as the whole world will look at the country with great respect during the process of transporting mummies, which will last for 40 minutes.”

Hawass added that, when Egypt sent the mummy of Ramses II to France for a period of six months in the 1970s, it was received with a huge royal reception.

Egypt’s Ministry of Tourism and Antiquities has announced that the highly anticipated parade of Ancient Egyptian kings and queens will take place in Cairo on 3 April.

On the day, 22 royal mummies will be transferred in a magnificent parade from their current home in the Egyptian Museum in Cairo’s Tahrir Square, to their new permanent display in Fustat’s National Museum of Egyptian Civilization.

The royal mummies that will be put on display in their new home belong to the 17th, 18th, 19th, and 20th Dynasties, and include 18 mummies of pharaohs, and four queens.

It is hoped that the parade will provide much needed respite, as Egypt has witnessed several particularly painful episodes in the past days. These include the fatal collision of two trains in Sohag governorate, the blocking of the Suez Canal in a major incident, and a building collapse in the capital that lead to several casualties.

Some social media users have already linked these events with the supposed curse of the pharaohs.

Hawass counteracted these claims, saying that there is no such thing as “the curse of the pharaohs”, and that the events are unrelated.

He said that the transfer of royal mummies from the Egyptian Museum to the National Museum of Egyptian Civilization is a very great thing that our pharaohs would be proud of.

He explained that the deaths occurred after the opening of archaeological tombs in the past was due to the presence of toxic germs in the room in which the mummies were located. It should be remembered that the mummified remains were left in their tombs for thousands of years.