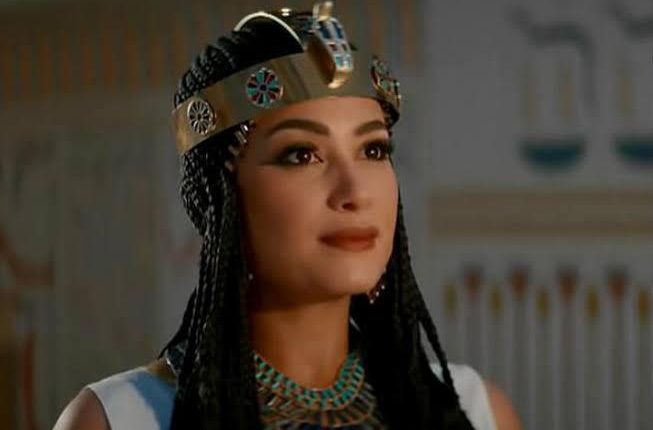 Tunisian-Egyptian actress Hend Sabry has announced her participation in the parade transferring the 22 Royal Egyptian Mummies from the Egyptian Museum in Tahrir Square to the National Museum of Egyptian Civilization in Fustat.

The 3 April parade is a historic moment for not just Egypt and its history, but also world history. Despite her gaining Egyptian nationality recently, some believe originally Egyptian women need the opportunity for representation, and Sabry’s accompanying of the mummies has drawn criticism due to her non-Egyptian heritage.

Born on 20 November 1979, the Cairo-based Tunisian is both an actress and lawyer. She is married to an Egyptian, and has dual Egyptian and Tunisian nationality.

Commenting on the torrent of objections, Sabry posted on her official Instagram saying that she was “proud” of her participation in such a great event.

She explained that it is a huge event with this historical glory, which the whole world will be following, and if it will have only one actress participating, she should be originally Egyptian. She added, “This event will be attended by top Egyptian stars and their participation is much greater than mine.”

She repeated her pride that she will participate in a very small role along with top Egyptian stars in the parade.

This event is the first of its kind in the world. Of the 22 mummies, 18 are kings and four are queens. Among them the mummies of King Ramses II, King Seknen Ra, King Tuthmosis III, King Seti I, Queen Hatshebut, Queen Merit Amun, wife of King Amenhotep I, and Queen Ahmose-Nefertari, and wife of King Ahmose.

During the procession from Tahrir Square to the Fustat district, they will be accompanied by 17 royal coffins.

The event is scheduled to start with the opening of the Egyptian Museum’s main door for the mummies’ exit, in the presence of international ambassadors and the media. It is expected that the National Museum of Egyptian Civilization will be one of the most important tourist attractions in the country.

It is located near the Babylonian Fortress and overlooks Ain Al Sira in the heart of the historic area of Fustat.