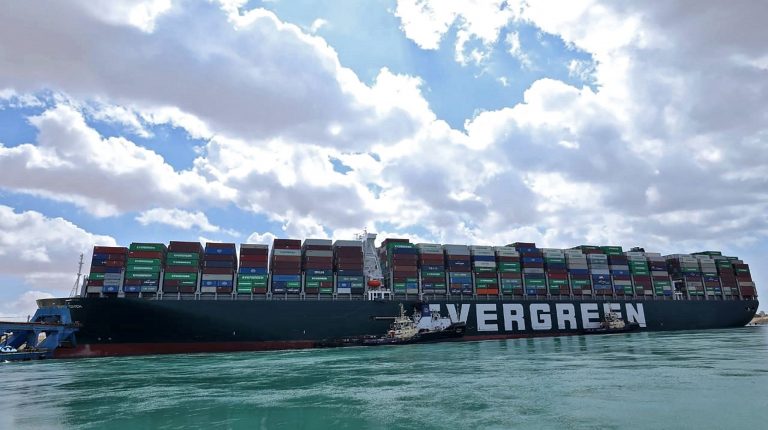 An Egyptian salvaging team has succeeded in partially freeing the grounded Panamanian container ship Ever Given that had become stuck on the banks of the Suez canal for six days.

The flotation comes after the ship responded to the pulling and towing manoeuvres, and its course was significantly modified by 80%. The stern of the ship was moved away from the shore by 102 metres, instead of 4 metres, said Admiral Osama Rabie, Chairperson of the Suez Canal Authority.

The manoeuvres are scheduled to be resumed again once the water level rises to its maximum levels by 2 metres, as of 11:30am. This will allow the ship’s course to be completely modified to the middle of the navigational watersection.

Rabie said that hopefully, the waterway could be open within hours, sending a message of reassurance to the international maritime community that navigation in the Suez Canal, one of the world’s busiest maritime routes, will be resumed. This will come once the Ever Given is fully floated and moved to anchor in the great bitter lakes anchorage area, in order to initiate the vessel’s technical inspection.