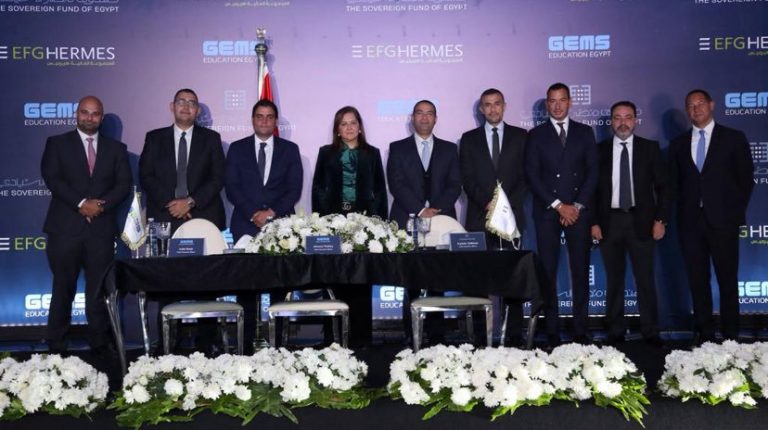 The Sovereign Fund of Egypt (TSFE) and EFG Hermes have announced the former’s commitment of EGP 250m to the latter’s Education Fund’s third close.

TSFE and GEMS Egypt also signed a Memorandum of Understanding (MoU) to develop and operate two premium national schools in west Cairo, which will be built over 30,000 sqm to hold a capacity of 2,500 students each.

The schools will be constructed on TSFE-owned land, in line with its mandate to create value out of previously unutilised assets.

The investment is considered TSFE’s first in Egypt’s education sector and is a testament to GEMS Egypt’s success in the local market over the last two years which saw the platform deploy investments amounting to almost EGP 1.6bn.

“These investments made by TSFE in the education sector serve to underscore the state’s strategic priorities, which are aligned with its political leadership’s vision to achieve the overarching sustainable development principles and goals outlined in Egypt’s Vision 2030,” said Minister of Planning and Economic Development and Chairperson of TSFE Hala El-Said.

She added that Egypt’s Vision 2030 emphasises education as central to the development of future generations, especially through the use of technology, which has become vital to the future of all economies.

“The resilient yet growing education sector in Egypt continues to provide attractive opportunities for local and global players,” said TSFE CEO Ayman Soliman, “The distinguished partnership between TSFE, EFG Hermes, and GEMS Egypt will set a benchmark in the sector as it will present our distinct national curricula through a school model that also focuses on development, sports, interpersonal skills, and technological integration, encompassing a plan for a modern curriculum that aligns with Egypt’s future vision for education.”

“This partnership with TSFE confirms the dedication of the Firm to invest in the education sector —the main pillar and growth driver of the country’s economic development, said Group CEO of EFG Hermes, Karim Awad, “We aspire to further fortify this agreement through continuous collaborations and the concerted efforts of various entities across the Egyptian educational sector.”

Head of Assets Management and Private Equity at EFG Hermes Karim Moussa, said, “This is the third close of our education fund, which now ranks as one of the largest specialized investment funds in the MENA region.”

Moussa added, “Our fund’s capital currently amounts to about $150m, which perfectly positions us to continue expanding our scope in the Egyptian market.”

GEMS Egypt CEO Ahmed Wahby noted that the institution has been working to develop a full-fledged platform that offers world-class education services across its offering, be that in national or international schools.

Wahby said that GEMS Egypt’s partnership with TSFE will allow it to effectively utilise its unique capabilities which include distinguished teacher training academies, modern international curricula, and international educational benchmarks.

It also includes advanced information technology infrastructure, to offer students a balance between a strong national curriculum and the most advanced international learning techniques.